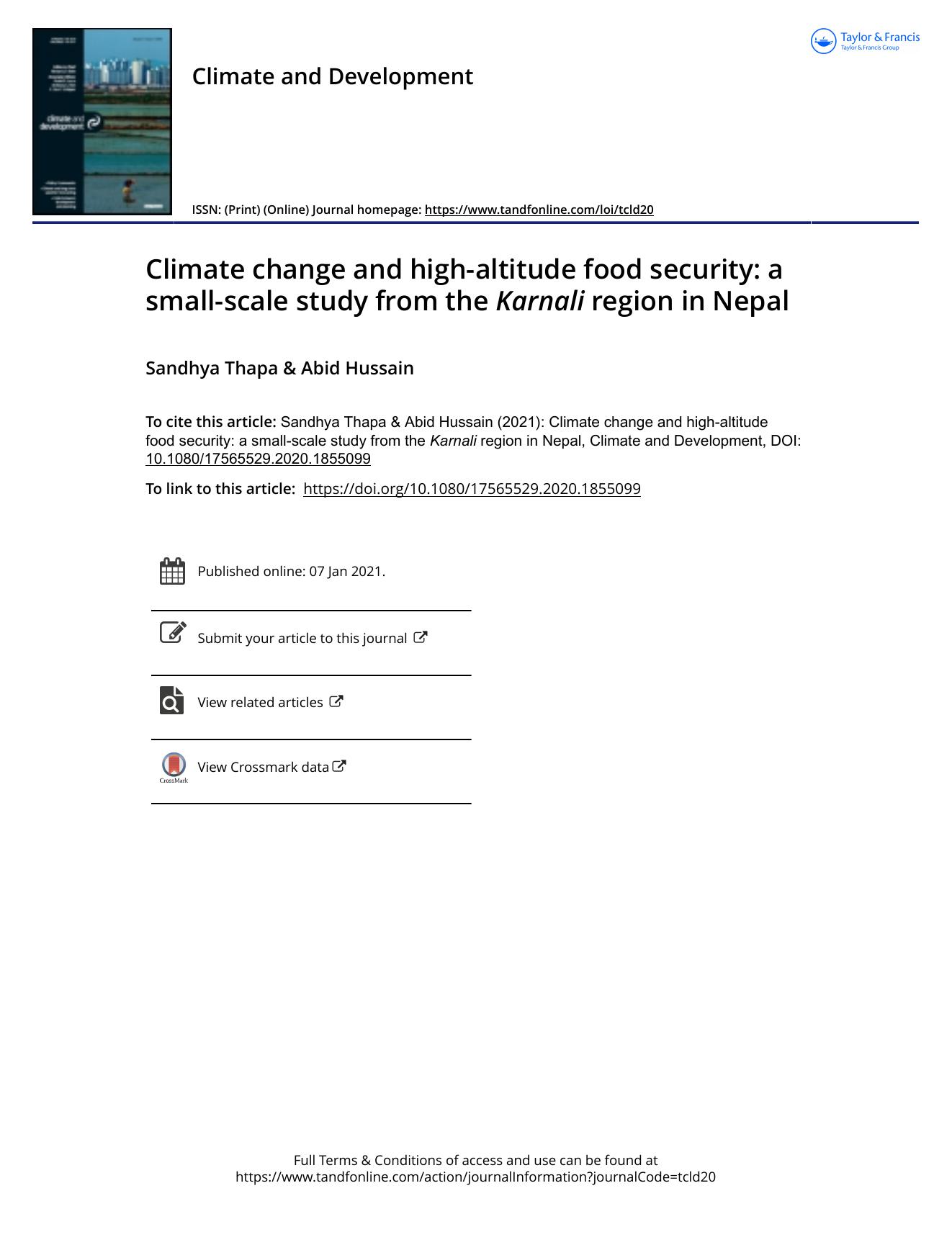 Climate change and high-altitude food security: A small-scale study from the Karnali region in Nepal

This study attempted to understand the local perspective on climate change and its impacts on agriculture and household food security in the Karnali region of Nepal – one of the most inaccessible and least researched mountain regions in Nepal. Using the small-scale survey data collected in 2017 from farm households in Tatopani rural municipality of Jumla district, the study found that a majority of households perceived changes in temperature and rainfall patterns, timing of seasons, incidence of drought and water availability, compared with the situation 10 years ago (2007 or earlier). They perceived mixed impacts of climate change on the production of major crops: a decline in the production of brown rice, wheat and barley, and an increase in the production of potato and local beans. Food security analysis showed that farm households had low dietary diversity, and 42% of them were food insecure. Regression analysis found that perceived climate-induced changes in water availability, timing of seasons, incidence of hazards and incidence of crop pest attacks had negative relationship with household food security. Based on the findings, the study suggested some key strategies to improve local food security in the face of climate change in the study area and other similar areas.