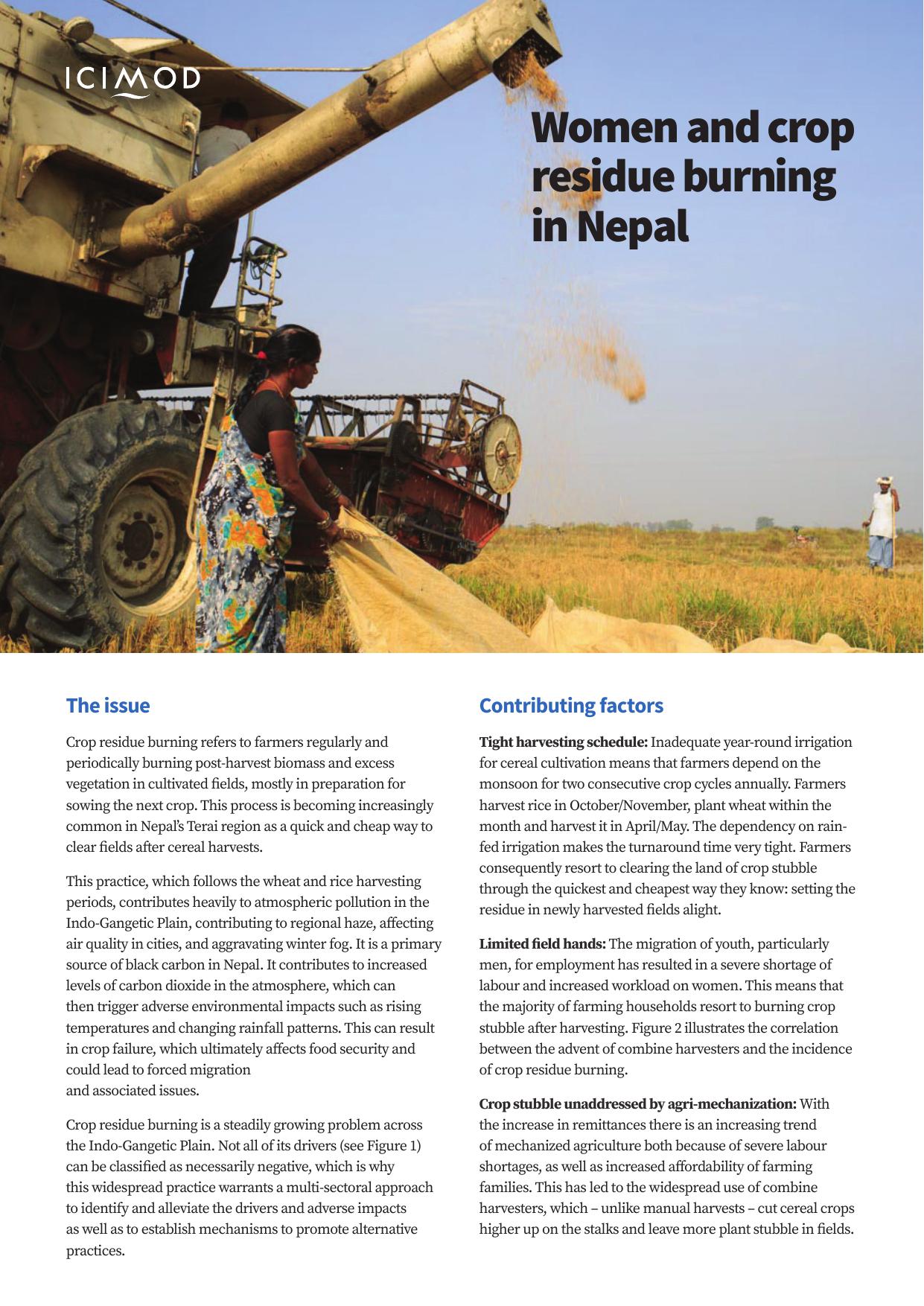 Crop residue burning is becoming increasingly common in Nepal’s Terai region as a quick and cheap way to clear fields after cereal harvests. This practice contributes heavily to atmospheric pollution in the Indo-Gangetic Plain, contributing to regional haze and winter fog, affecting air quality in cities, and triggering adverse environmental impacts such as rising temperatures and changing rainfall patterns. This can result in crop failure, which ultimately affects food security and could lead to forced migration and associated issues. Not all drivers of crop residue burning can be classified as necessarily negative, which is why this widespread practice warrants a multi-sectoral approach to identify and alleviate the drivers and adverse impacts as well as to establish mechanisms to promote alternative practices.