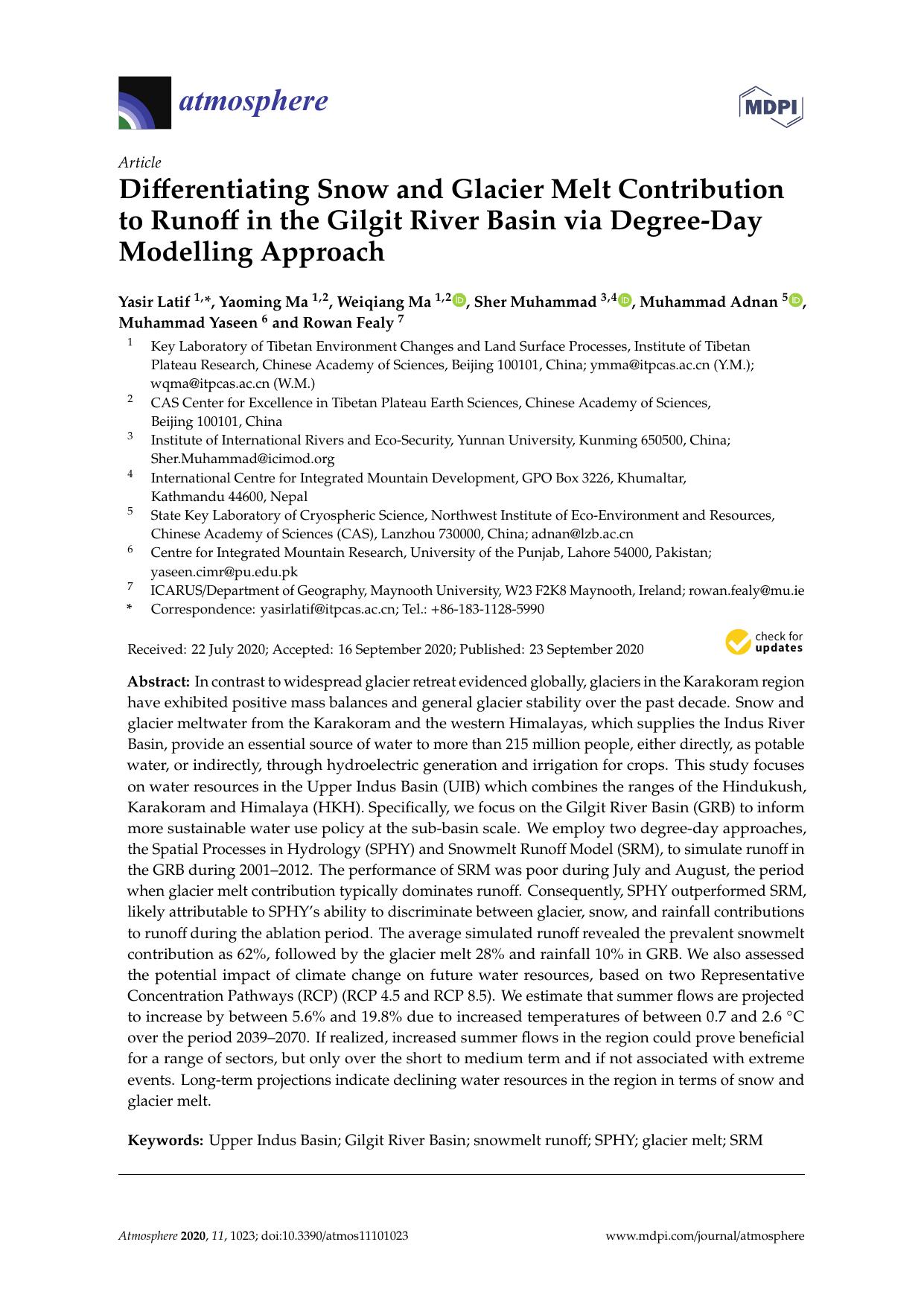 In contrast to widespread glacier retreat evidenced globally, glaciers in the Karakoram region have exhibited positive mass balances and general glacier stability over the past decade. Snow and glacier meltwater from the Karakoram and the western Himalayas, which supplies the Indus River Basin, provide an essential source of water to more than 215 million people, either directly, as potable water, or indirectly, through hydroelectric generation and irrigation for crops. This study focuses on water resources in the Upper Indus Basin (UIB) which combines the ranges of the Hindukush, Karakoram and Himalaya (HKH). Specifically, we focus on the Gilgit River Basin (GRB) to inform more sustainable water use policy at the sub-basin scale. We employ two degree-day approaches, the Spatial Processes in Hydrology (SPHY) and Snowmelt Runoff Model (SRM), to simulate runoff in the GRB during 2001–2012. The performance of SRM was poor during July and August, the period when glacier melt contribution typically dominates runoff. Consequently, SPHY outperformed SRM, likely attributable to SPHY’s ability to discriminate between glacier, snow, and rainfall contributions to runoff during the ablation period. The average simulated runoff revealed the prevalent snowmelt contribution as 62%, followed by the glacier melt 28% and rainfall 10% in GRB. We also assessed the potential impact of climate change on future water resources, based on two Representative Concentration Pathways (RCP) (RCP 4.5 and RCP 8.5). We estimate that summer flows are projected to increase by between 5.6% and 19.8% due to increased temperatures of between 0.7 and 2.6 °C over the period 2039–2070. If realized, increased summer flows in the region could prove beneficial for a range of sectors, but only over the short to medium term and if not associated with extreme events. Long-term projections indicate declining water resources in the region in terms of snow and glacier melt.