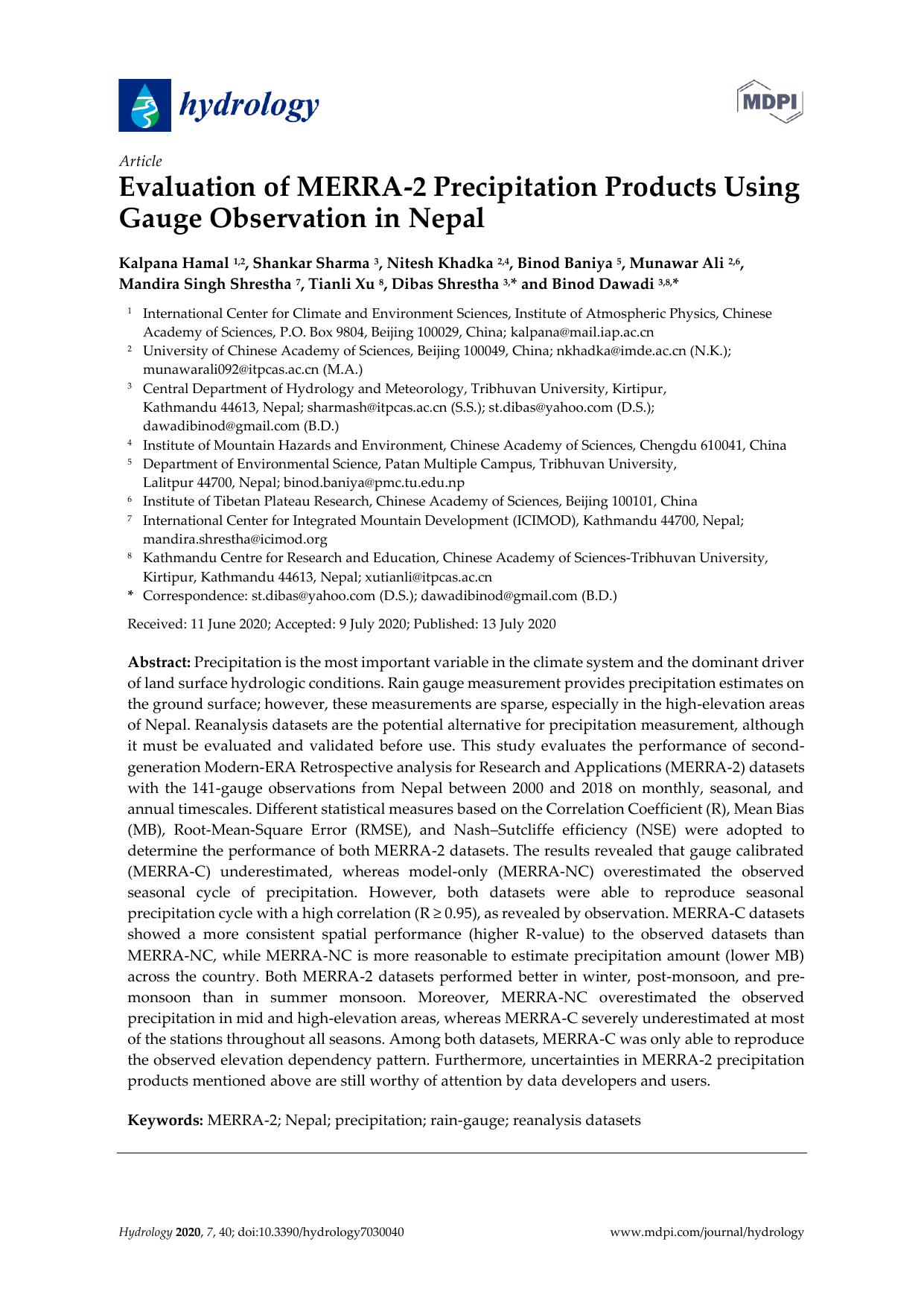 Precipitation is the most important variable in the climate system and the dominant driver of land surface hydrologic conditions. Rain gauge measurement provides precipitation estimates on the ground surface; however, these measurements are sparse, especially in the high-elevation areas of Nepal. Reanalysis datasets are the potential alternative for precipitation measurement, although it must be evaluated and validated before use. This study evaluates the performance of second-generation Modern-ERA Retrospective analysis for Research and Applications (MERRA-2) datasets with the 141-gauge observations from Nepal between 2000 and 2018 on monthly, seasonal, and annual timescales. Different statistical measures based on the Correlation Coefficient (R), Mean Bias (MB), Root-Mean-Square Error (RMSE), and Nash–Sutcliffe efficiency (NSE) were adopted to determine the performance of both MERRA-2 datasets. The results revealed that gauge calibrated (MERRA-C) underestimated, whereas model-only (MERRA-NC) overestimated the observed seasonal cycle of precipitation. However, both datasets were able to reproduce seasonal precipitation cycle with a high correlation (R ≥ 0.95), as revealed by observation. MERRA-C datasets showed a more consistent spatial performance (higher R-value) to the observed datasets than MERRA-NC, while MERRA-NC is more reasonable to estimate precipitation amount (lower MB) across the country. Both MERRA-2 datasets performed better in winter, post-monsoon, and pre-monsoon than in summer monsoon. Moreover, MERRA-NC overestimated the observed precipitation in mid and high-elevation areas, whereas MERRA-C severely underestimated at most of the stations throughout all seasons. Among both datasets, MERRA-C was only able to reproduce the observed elevation dependency pattern. Furthermore, uncertainties in MERRA-2 precipitation products mentioned above are still worthy of attention by data developers and users.