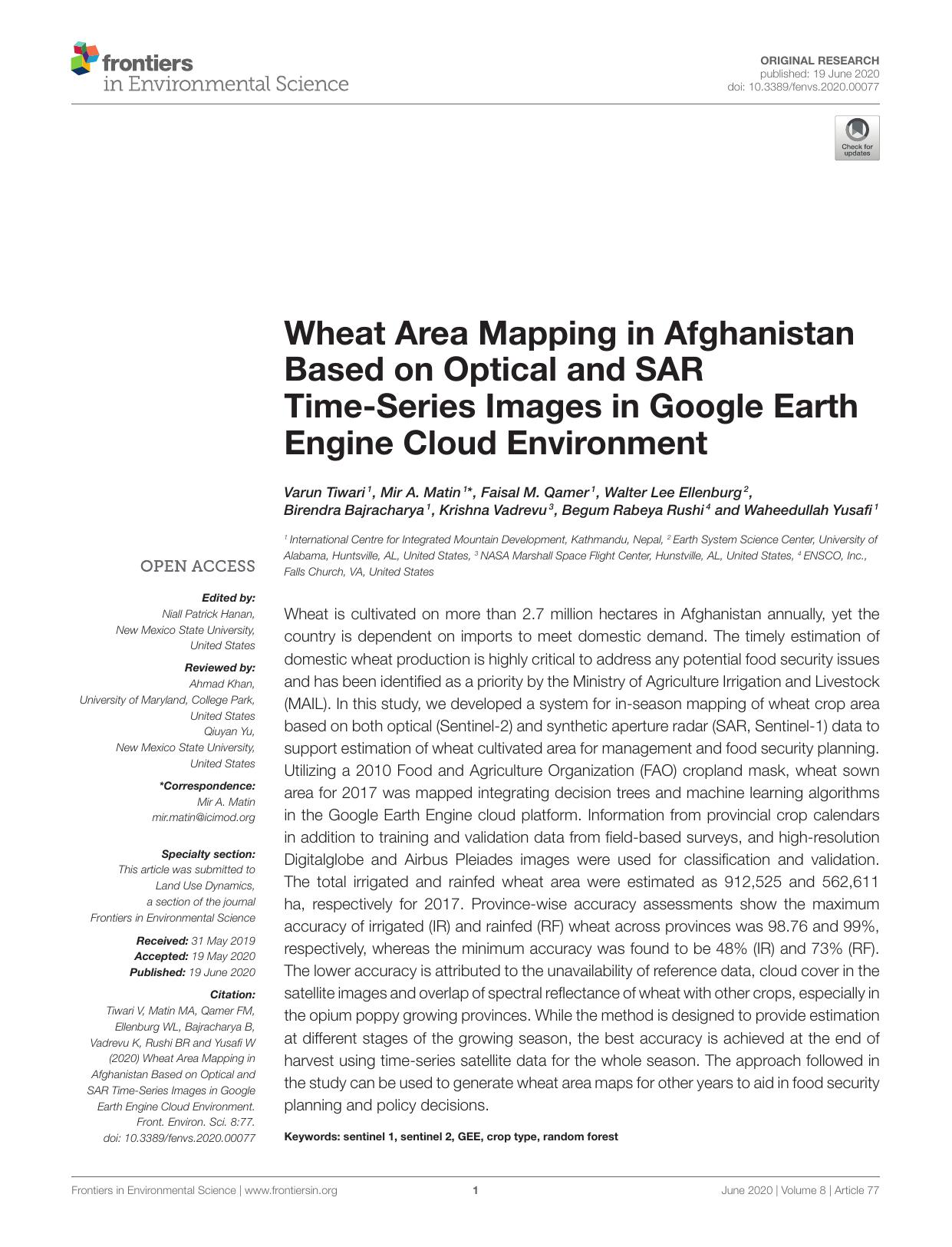 Wheat is cultivated on more than 2.7 million hectares in Afghanistan annually, yet the country is dependent on imports to meet domestic demand. The timely estimation of domestic wheat production is highly critical to address any potential food security issues and has been identified as a priority by the Ministry of Agriculture Irrigation and Livestock (MAIL). In this study, we developed a system for in-season mapping of wheat crop area based on both optical (Sentinel-2) and synthetic aperture radar (SAR, Sentinel-1) data to support estimation of wheat cultivated area for management and food security planning. Utilizing a 2010 Food and Agriculture Organization (FAO) cropland mask, wheat sown area for 2017 was mapped integrating decision trees and machine learning algorithms in the Google Earth Engine cloud platform. Information from provincial crop calendars in addition to training and validation data from field-based surveys, and high-resolution Digitalglobe and Airbus Pleiades images were used for classification and validation. The total irrigated and rainfed wheat area were estimated as 912,525 and 562,611 ha, respectively for 2017. Province-wise accuracy assessments show the maximum accuracy of irrigated (IR) and rainfed (RF) wheat across provinces was 98.76 and 99%, respectively, whereas the minimum accuracy was found to be 48% (IR) and 73% (RF). The lower accuracy is attributed to the unavailability of reference data, cloud cover in the satellite images and overlap of spectral reflectance of wheat with other crops, especially in the opium poppy growing provinces. While the method is designed to provide estimation at different stages of the growing season, the best accuracy is achieved at the end of harvest using time-series satellite data for the whole season. The approach followed in the study can be used to generate wheat area maps for other years to aid in food security planning and policy decisions.