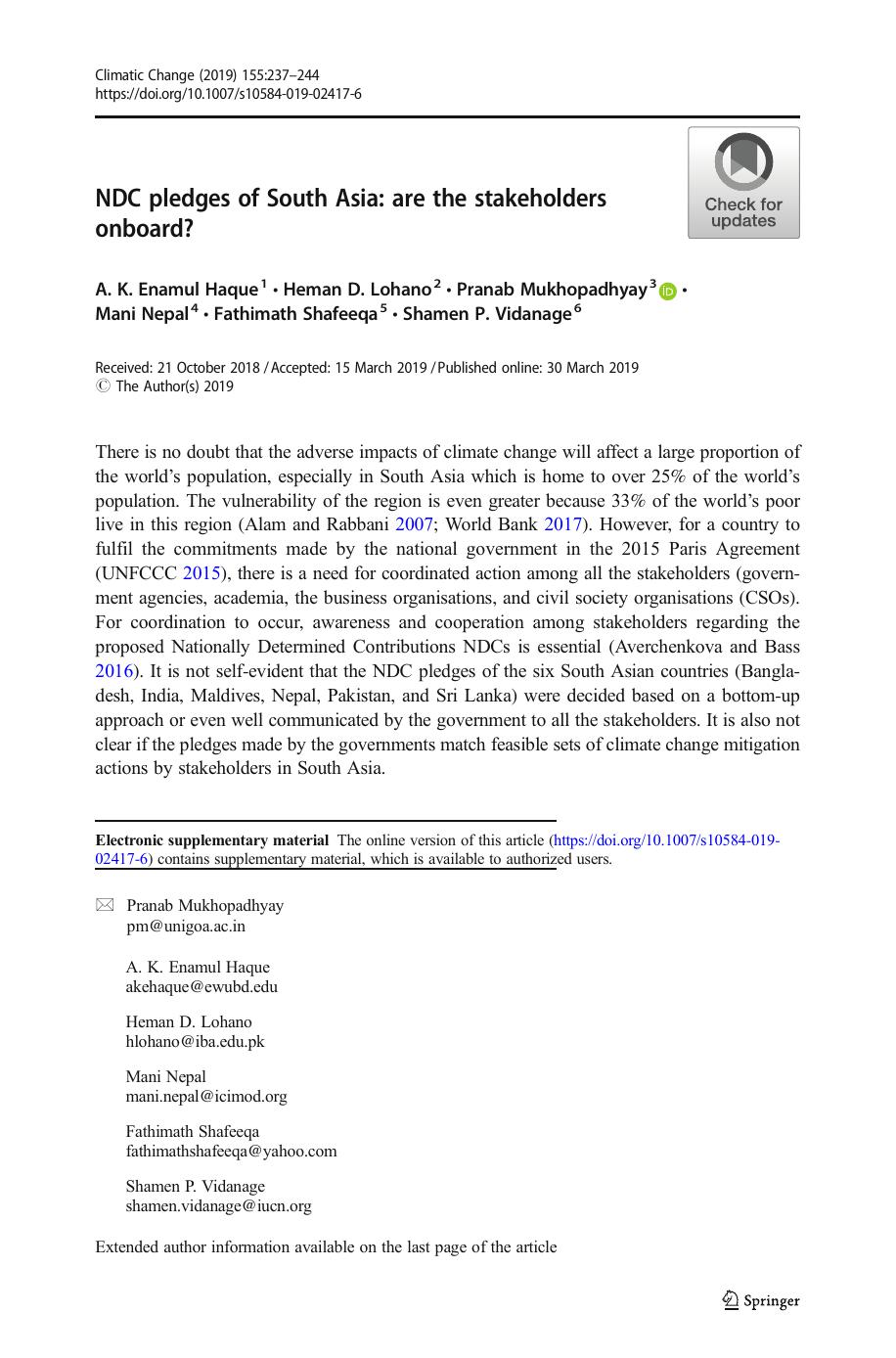 NDC pledges of South Asia: are the stakeholders onboard?

There is no doubt that the adverse impacts of climate change will affect a large proportion of the world’s population, especially in South Asia which is home to over 25% of the world’s population. The vulnerability of the region is even greater because 33% of the world’s poor live in this region (Alam and Rabbani 2007; World Bank 2017). However, for a country to fulfil the commitments made by the national government in the 2015 Paris Agreement (UNFCCC 2015), there is a need for coordinated action among all the stakeholders (government agencies, academia, the business organisations, and civil society organisations (CSOs). For coordination to occur, awareness and cooperation among stakeholders regarding the proposed Nationally Determined Contributions NDCs is essential (Averchenkova and Bass 2016). It is not self-evident that the NDC pledges of the six South Asian countries (Bangladesh, India, Maldives, Nepal, Pakistan, and Sri Lanka) were decided based on a bottom-up approach or even well communicated by the government to all the stakeholders. It is also not clear if the pledges made by the governments match feasible sets of climate change mitigation actions by stakeholders in South Asia.