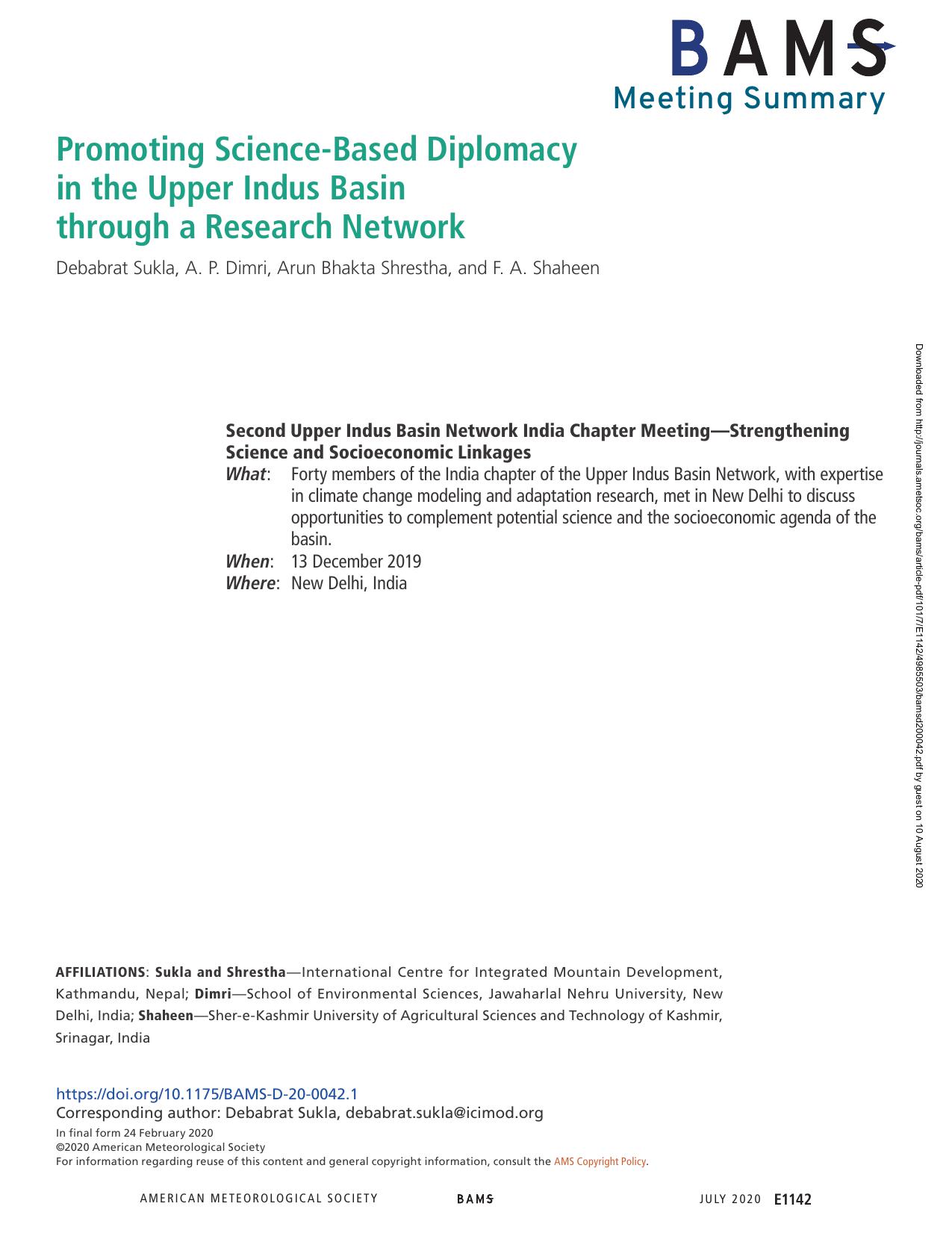 The concept of the UIBN was established to promote interdisciplinary research to reduce data gaps and to promote a better understanding of the scientific and societal components being impacted by the changing climate process within the Indus basin. As noted by DFAT in an earlier session, the timeliness of the network in the presiding political context which has moved farther away from encouraging scientific discourse, the India chapter has also been established to promote knowledge transfer within the Indian context, and possibly at a regional level in the future. Through repeated interactions not only at the country chapter, but broader network level, the issue of data variation and data quality has been repeatedly noted. A future course of action could be the standardization and consensus for the use of an ensemble of datasets that would support and cross-reference findings among all working groups.