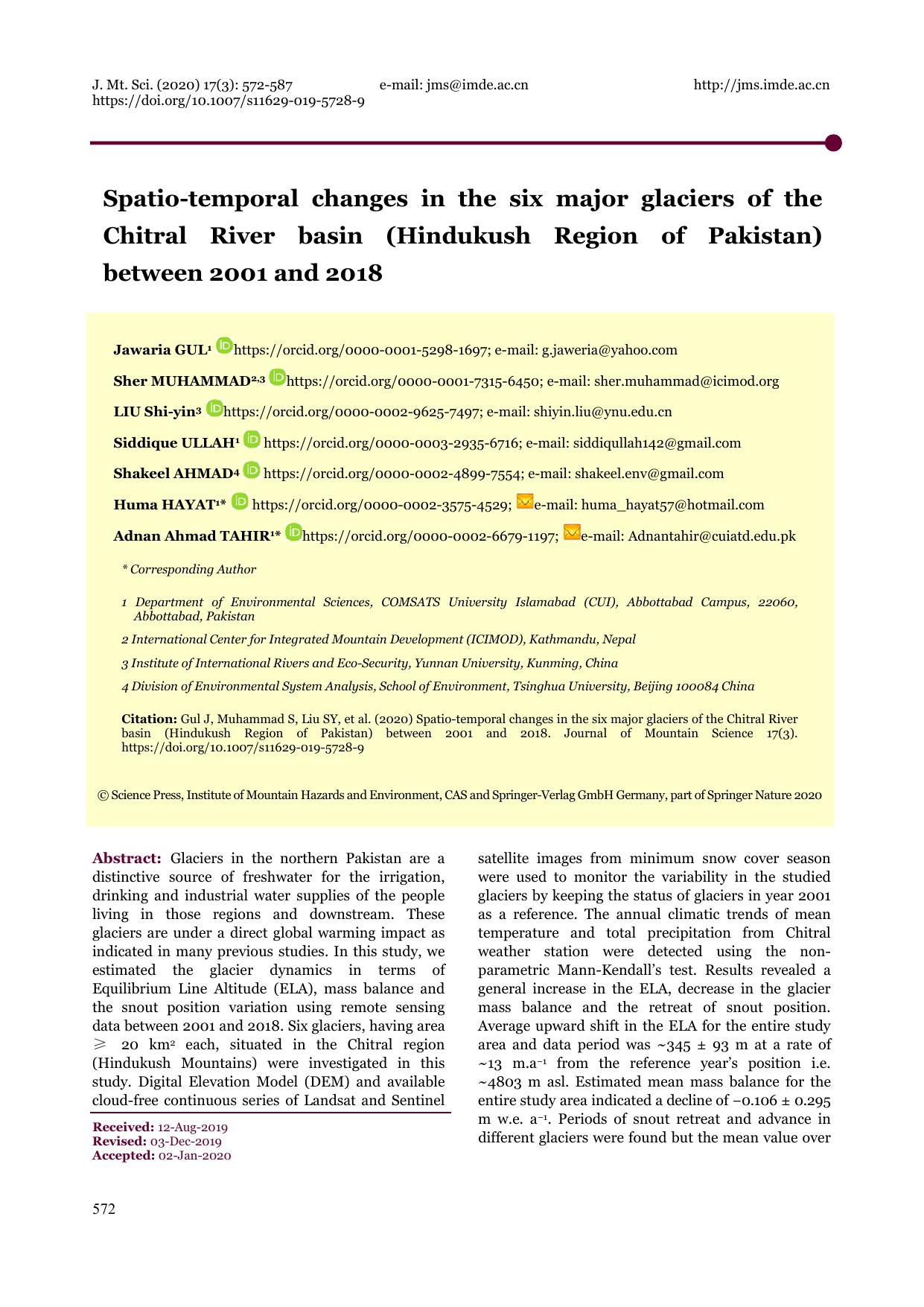 Glaciers in the northern Pakistan are a distinctive source of freshwater for the irrigation, drinking and industrial water supplies of the people living in those regions and downstream. These glaciers are under a direct global warming impact as indicated in many previous studies. In this study, we estimated the glacier dynamics in terms of Equilibrium Line Altitude (ELA), mass balance and the snout position variation using remote sensing data between 2001 and 2018. Six glaciers, having area ≥ 20 km2 each, situated in the Chitral region (Hindukush Mountains) were investigated in this study. Digital Elevation Model (DEM) and available cloud-free continuous series of Landsat and Sentinel the entire study area was a retreat of -231 ± 140 m. No obvious relationship was found between the glacier variation trends and the available gauged climatic data possibly due to the presence of debris cover in ablation zones of all the studied glaciers which provides insulation and reduces the immediate climatic effects.
230 Views
23 Downloads