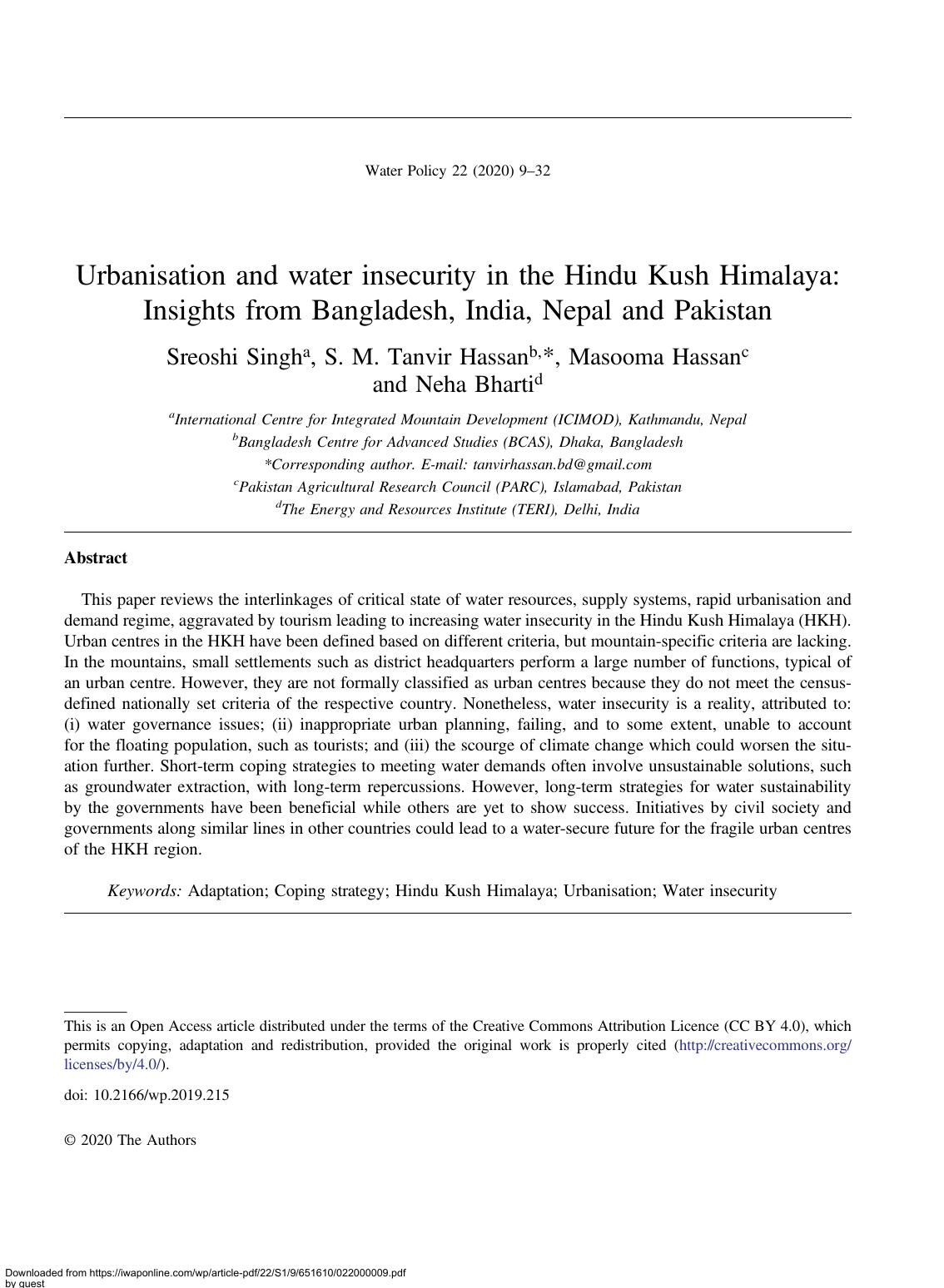 Urbanisation and water insecurity in the Hindu Kush Himalaya: Insights from Bangladesh, India, Nepal and Pakistan

This paper reviews the interlinkages of critical state of water resources, supply systems, rapid urbanisation and demand regime, aggravated by tourism leading to increasing water insecurity in the Hindu Kush Himalaya (HKH). Urban centres in the HKH have been defined based on different criteria, but mountain-specific criteria are lacking. In the mountains, small settlements such as district headquarters perform a large number of functions, typical of an urban centre. However, they are not formally classified as urban centres because they do not meet the census-defined nationally set criteria of the respective country. Nonetheless, water insecurity is a reality, attributed to: (i) water governance issues; (ii) inappropriate urban planning, failing, and to some extent, unable to account for the floating population, such as tourists; and (iii) the scourge of climate change which could worsen the situation further. Short-term coping strategies to meeting water demands often involve unsustainable solutions, such as groundwater extraction, with long-term repercussions. However, long-term strategies for water sustainability by the governments have been beneficial while others are yet to show success. Initiatives by civil society and governments along similar lines in other countries could lead to a water-secure future for the fragile urban centres of the HKH region.