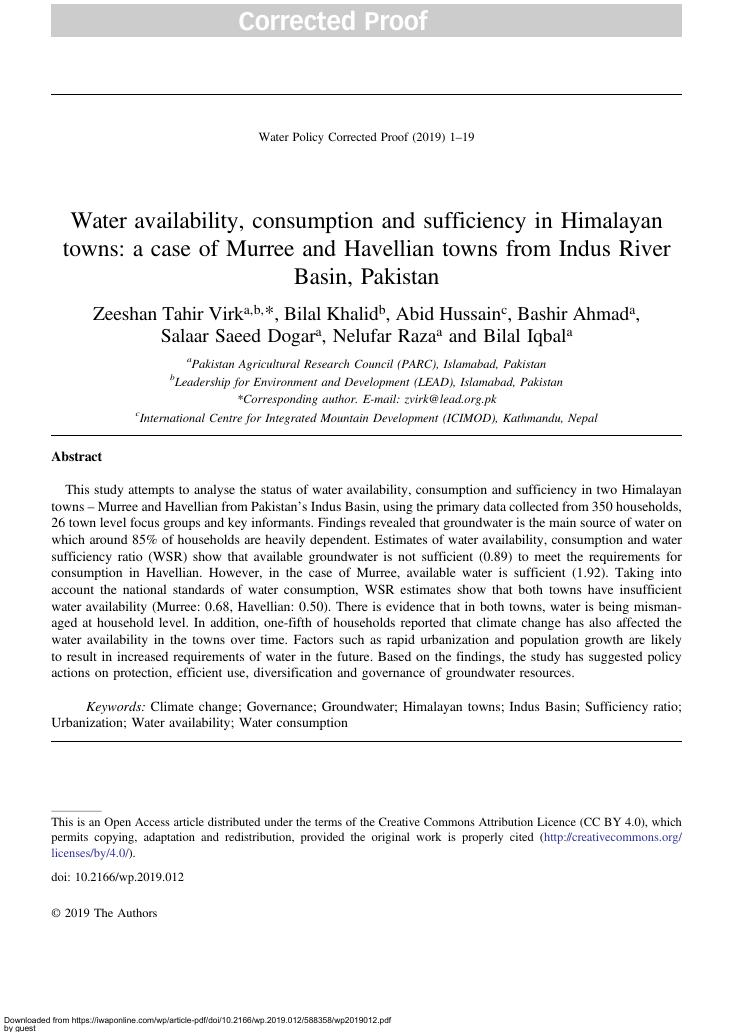 Water availability, consumption and sufficiency in Himalayan towns: a case of Murree and Havellian towns from Indus River Basin, Pakistan

This study attempts to analyse the status of water availability, consumption and sufficiency in two Himalayan towns – Murree and Havellian from Pakistan's Indus Basin, using the primary data collected from 350 households, 26 town level focus groups and key informants. Findings revealed that groundwater is the main source of water on which around 85% of households are heavily dependent. Estimates of water availability, consumption and water sufficiency ratio (WSR) show that available groundwater is not sufficient (0.89) to meet the requirements for consumption in Havellian. However, in the case of Murree, available water is sufficient (1.92). Taking into account the national standards of water consumption, WSR estimates show that both towns have insufficient water availability (Murree: 0.68, Havellian: 0.50). There is evidence that in both towns, water is being mismanaged at household level. In addition, one-fifth of households reported that climate change has also affected the water availability in the towns over time. Factors such as rapid urbanization and population growth are likely to result in increased requirements of water in the future. Based on the findings, the study has suggested policy actions on protection, efficient use, diversification and governance of groundwater resources.