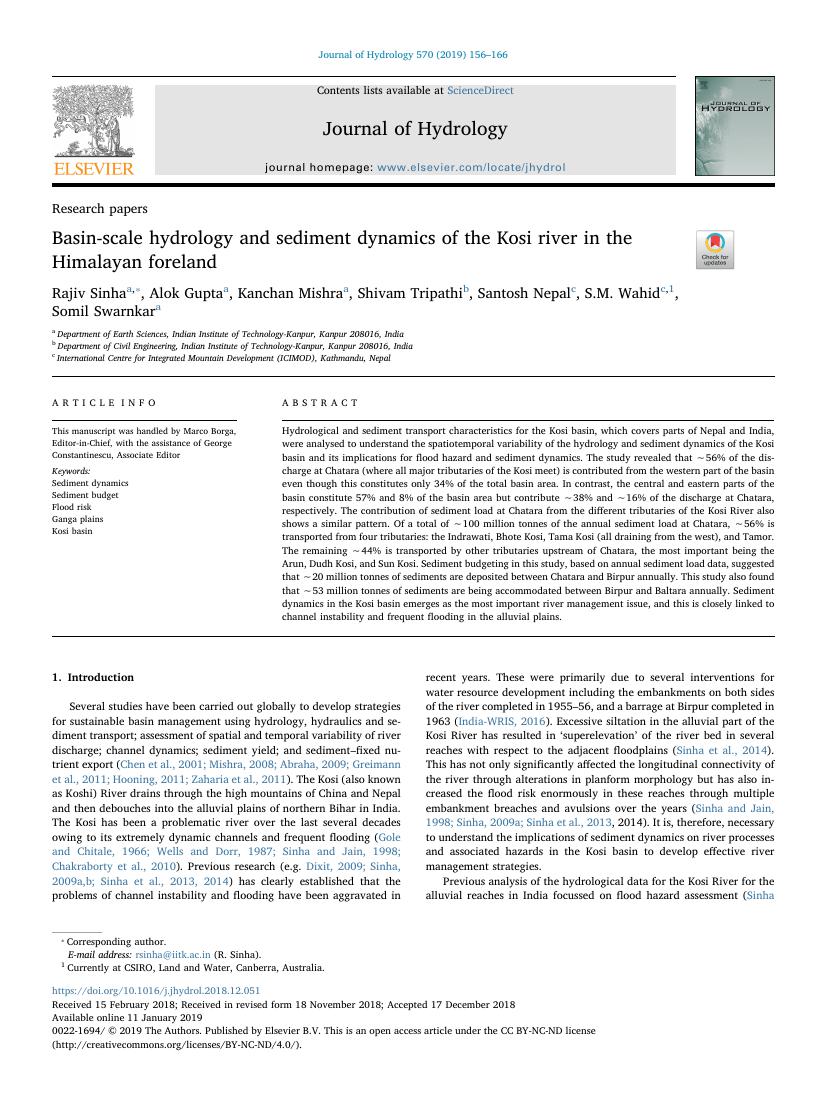 Hydrological and sediment transport characteristics for the Kosi basin, which covers parts of Nepal and India, were analysed to understand the spatiotemporal variability of the hydrology and sediment dynamics of the Kosi basin and its implications for flood hazard and sediment dynamics. The study revealed that ∼56% of the discharge at Chatara (where all major tributaries of the Kosi meet) is contributed from the western part of the basin even though this constitutes only 34% of the total basin area. In contrast, the central and eastern parts of the basin constitute 57% and 8% of the basin area but contribute ∼38% and ∼16% of the discharge at Chatara, respectively. The contribution of sediment load at Chatara from the different tributaries of the Kosi River also shows a similar pattern. Of a total of ∼100 million tonnes of the annual sediment load at Chatara, ∼56% is transported from four tributaries: the Indrawati, Bhote Kosi, Tama Kosi (all draining from the west), and Tamor. The remaining ∼44% is transported by other tributaries upstream of Chatara, the most important being the Arun, Dudh Kosi, and Sun Kosi. Sediment budgeting in this study, based on annual sediment load data, suggested that ∼20 million tonnes of sediments are deposited between Chatara and Birpur annually. This study also found that ∼53 million tonnes of sediments are being accommodated between Birpur and Baltara annually. Sediment dynamics in the Kosi basin emerges as the most important river management issue, and this is closely linked to channel instability and frequent flooding in the alluvial plains.