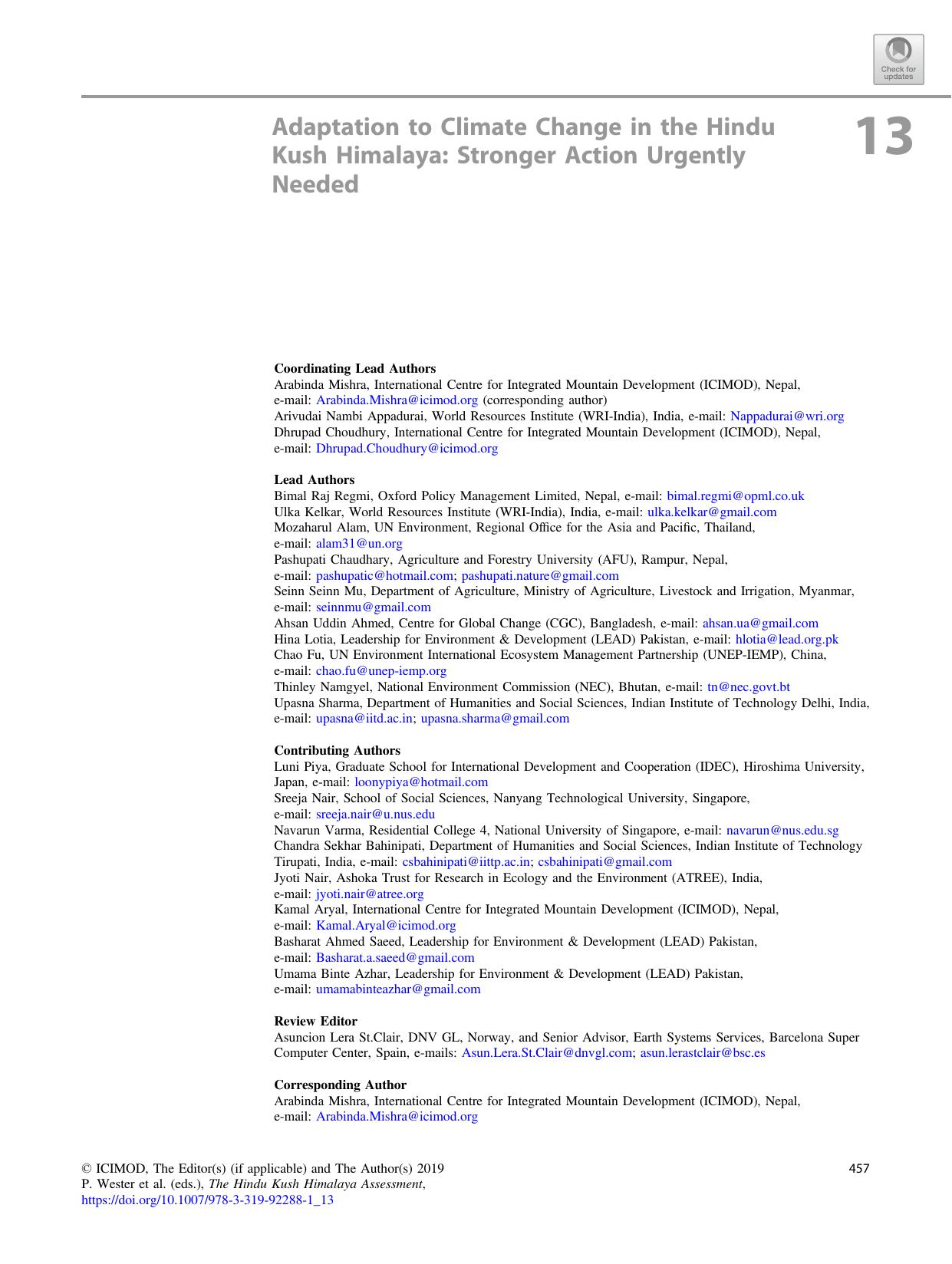 Climate change impacts in the mountains of the HKH are already substantive. Increased climate variability is already affecting water availability, ecosystem services, and agricultural production, and extreme weather is causing flash floods, landslides, and debris flow. Climate change is likely to have serious effects in the next decades in the mountains of the HKH (well established). By 2050, mountain temperatures across the region are projected to increase beyond 2 °C on average, and more at higher elevations. Mountain communities—especially remote ones—are more vulnerable to climate change impacts than non-mountain areas (established but incomplete). The high mountains are poorly served by life-saving and livelihood-supporting infrastructure. Access to climate information and support services is limited, as is the presence of government extension agencies. Weak institutional links hinder farmers from adopting technology that can contribute to adaptive capacity. For poor and marginalized groups, deep and pervasive structural inequalities make climate change adaptation even more difficult. Although the IPCC Fifth Assessment Report Working Group 2 had four chapters on adaptation, literature on mountain specifics was not prioritized. However, although still insufficient, scientific literature in the region is rapidly emerging, and there is a wealth of information emerging from ongoing adaptation action driven by HKH countries.