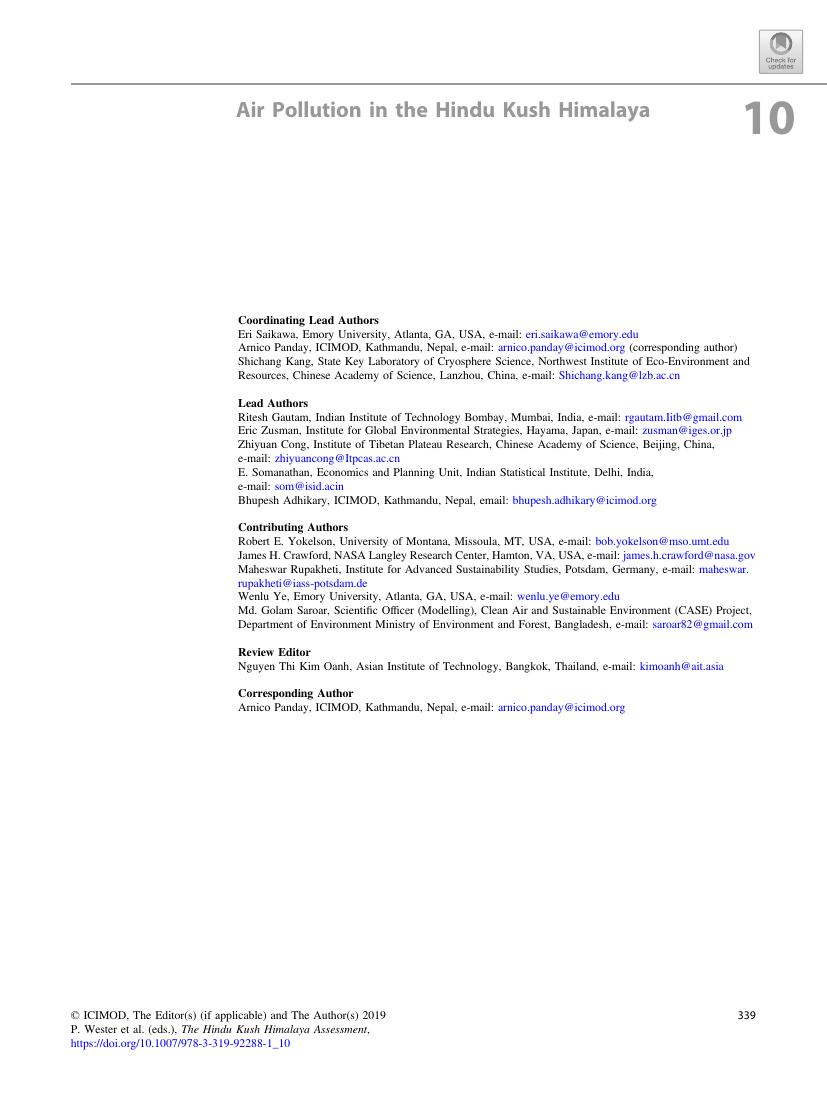 Air pollution has large impacts on the Hindu Kush Himalaya (HKH), affecting not just the health of people and ecosystems, but also climate, the cryosphere, monsoon patterns, water availability, agriculture, and incomes (established but incomplete). Although the available data are not comprehensive, they clearly show that the HKH receives significant amounts of air pollution from within and outside of the region, including the Indo-Gangetic Plain (IGP), a region where many rural areas are severely polluted. In addition, the HKH receives trans-boundary pollution from other parts of Asia. This chapter surveys the evidence on regional air pollution and considers options for reducing it, while underlining the need for regional collaboration in mitigation efforts. As described in Chap. 1, the HKH region is fragile and rapidly changing; while the outcome of the interplay of complex drivers is difficult to predict, it will have major consequences. That holds true for air pollution as well.