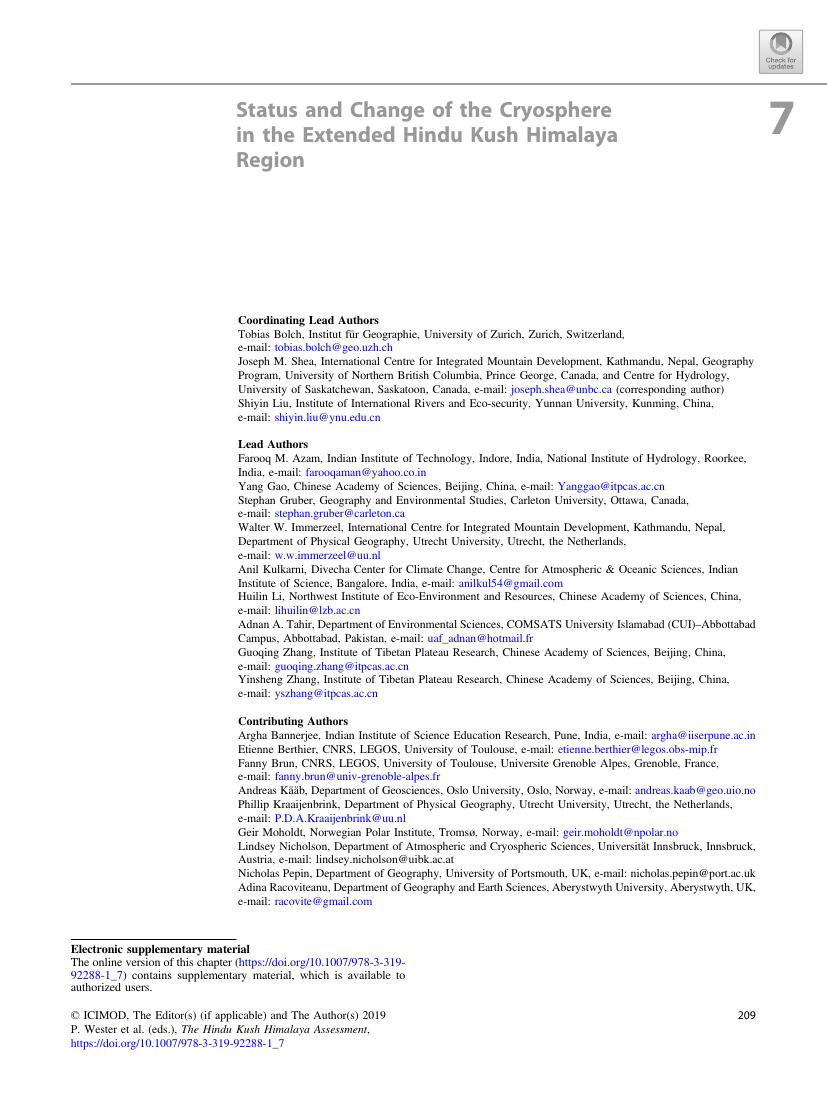 The cryosphere is defined by the presence of frozen water in its many forms: glaciers, ice caps, ice sheets, snow, permafrost, and river and lake ice. In the extended Hindu Kush Himalaya (HKH) region, including the Pamirs, Tien Shan and Alatua, the cryosphere is a key freshwater resource, playing a vital and significant role in local and regional hydrology and ecology. Industry, agriculture, and hydroelectric power generation rely on timely and sufficient delivery of water in major river systems; changes in the cryospheric system may thus pose challenges for disaster risk reduction in the extended HKH region.