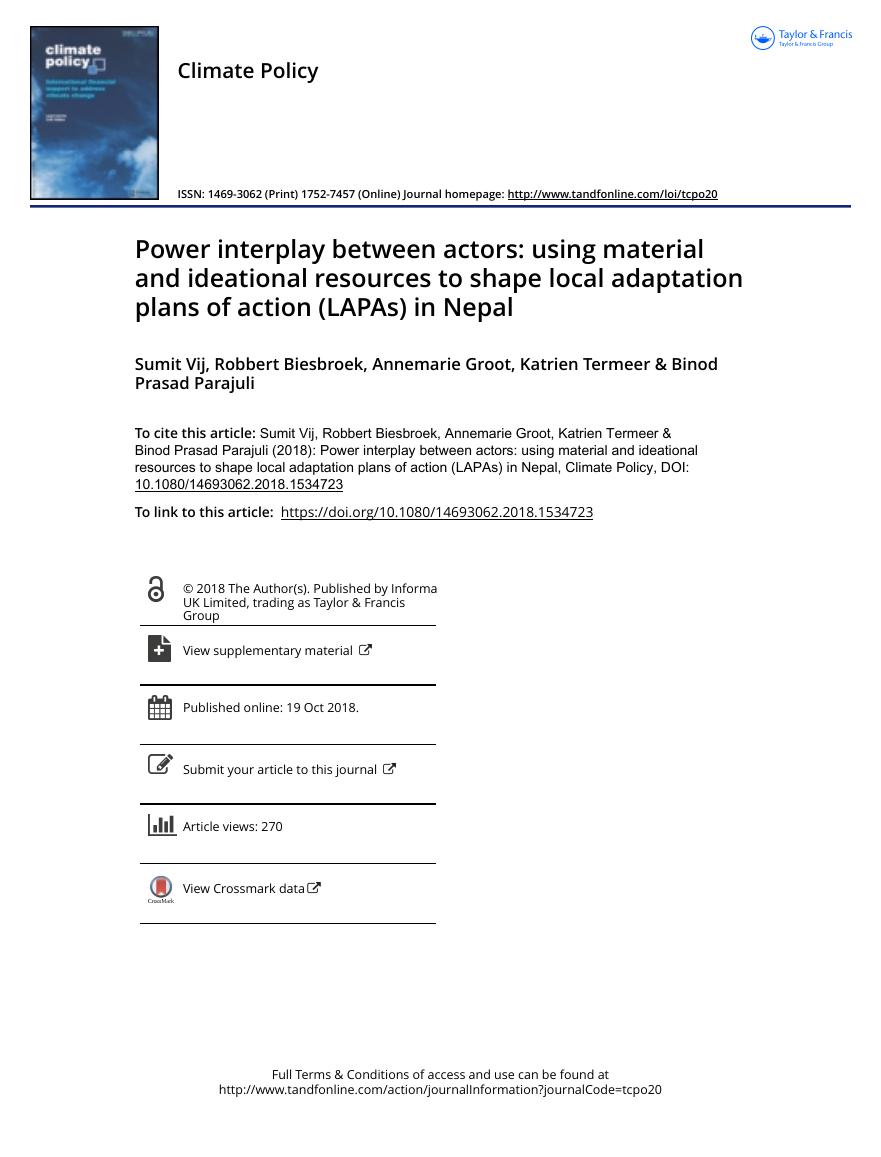 Deliberation over how to adapt to short or long-term impacts of climate change takes place in a complex political setting, where actors’ interests and priorities shape the temporal dimension of adaptation plans, policies and actions. As actors interact to pursue their individual or collective interests, these struggles turn into dynamic power interplay. In this article, we aim to show how power interplay shapes local adaptation plans of action (LAPAs) in Nepal to be short-term and reactive. We use an interactional framing approach through interaction analyses and observations to analyse how actors use material and ideational resources to pursue their interests. Material and ideational resources that an actor deploys include political authority, knowledge of adaptation science and national/local policy-making processes, financial resources and strong relations with international non-governmental organizations and donor agencies. We find that facilitators and local politicians have a very prominent role in meetings relating to LAPAs, resulting in short-termism of LAPAs. Findings suggest that there is also a lack of female participation contributing to short-term orientated plans. We conclude that such power interplay analysis can help to investigate how decision making on the temporal aspects of climate adaptation policy takes place at the local level.
2,273 Views
71 Downloads