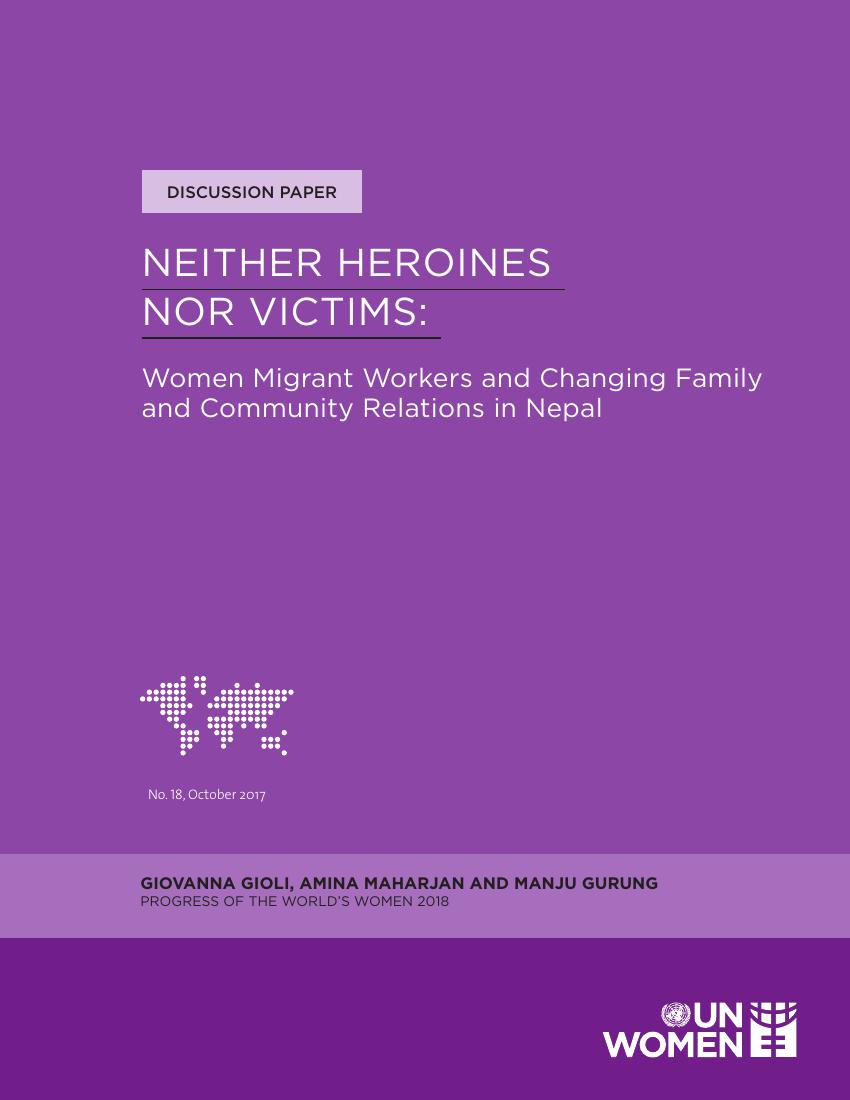 Neither heroines nor victims: Women migrant workers and changing family and community relations in Nepal

Circular labour migration is frequently portrayed as a gender-neutral phenomenon. Despite the growing literature on the feminization of migration, scholarly and policy literature is often gender-blind. In Nepal, over the last decade, the share of women migrant workers has significantly increased. The National Population Census 2011 shows that about 13 per cent of the absentee population is composed of women. Due to prevailing patriarchal norms and values and skewed policy, female labour migration is traditionally stigmatized and associated with sex work or equated to trafficking. However, with rising demands for cheap labour (particularly domestic work) in destination countries (for example, the Persian Gulf), continued inadequacy of rural employment opportunities and changing aspirations, women are increasingly migrating independently.

Pourakhi, an organization established by women returnees in 2003, has collected more than 1,700 case studies on returnee women migrant workers in Nepal. This paper delves into 307 of these, as well as a consultation with 14 returnee migrant women from 14 districts, to better understand the reintegration process. Rather than focusing on a (necessary) critique of labour markets and on the high human, social and financial costs of migration, this study aims at giving voice to the subjectivities of migrant women in Nepal, as less attention has been paid to this aspect. It unpacks their reasons for undertaking international migration and their struggle for capability to secure a livelihood in the context of globalization.