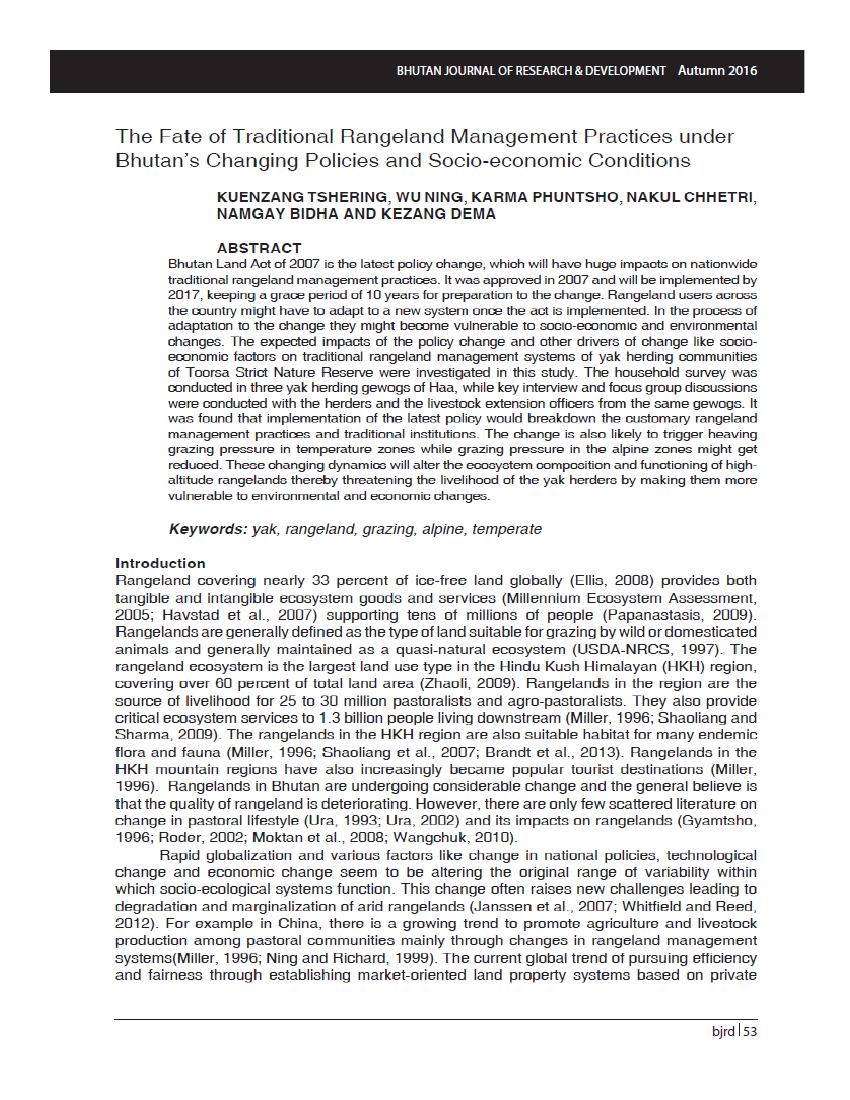 Bhutan Land Act of 2007 is the latest policy change, which will have huge impacts on nationwide traditional rangeland management practices. It was approved in 2007 and will be implemented by 2017, keeping a grace period of 10 years for preparation to the change. Rangeland users across the country might have to adapt to a new system once the act is implemented. In the process of adaptation to the change they might become vulnerable to socio-economic and environmental changes. The expected impacts of the policy change and other drivers of change like socioeconomic factors on traditional rangeland management systems of yak herding communities of Toorsa Strict Nature Reserve were investigated in this study. The household survey was conducted in three yak herding gewogs of Haa, while key interview and focus group discussions were conducted with the herders and the livestock extension officers from the same gewogs. It was found that implementation of the latest policy would breakdown the customary rangeland management practices and traditional institutions. The change is also likely to trigger heaving grazing pressure in temperature zones while grazing pressure in the alpine zones might get reduced. These changing dynamics will alter the ecosystem composition and functioning of highaltitude rangelands thereby threatening the livelihood of the yak herders by making them more vulnerable to environmental and economic changes.