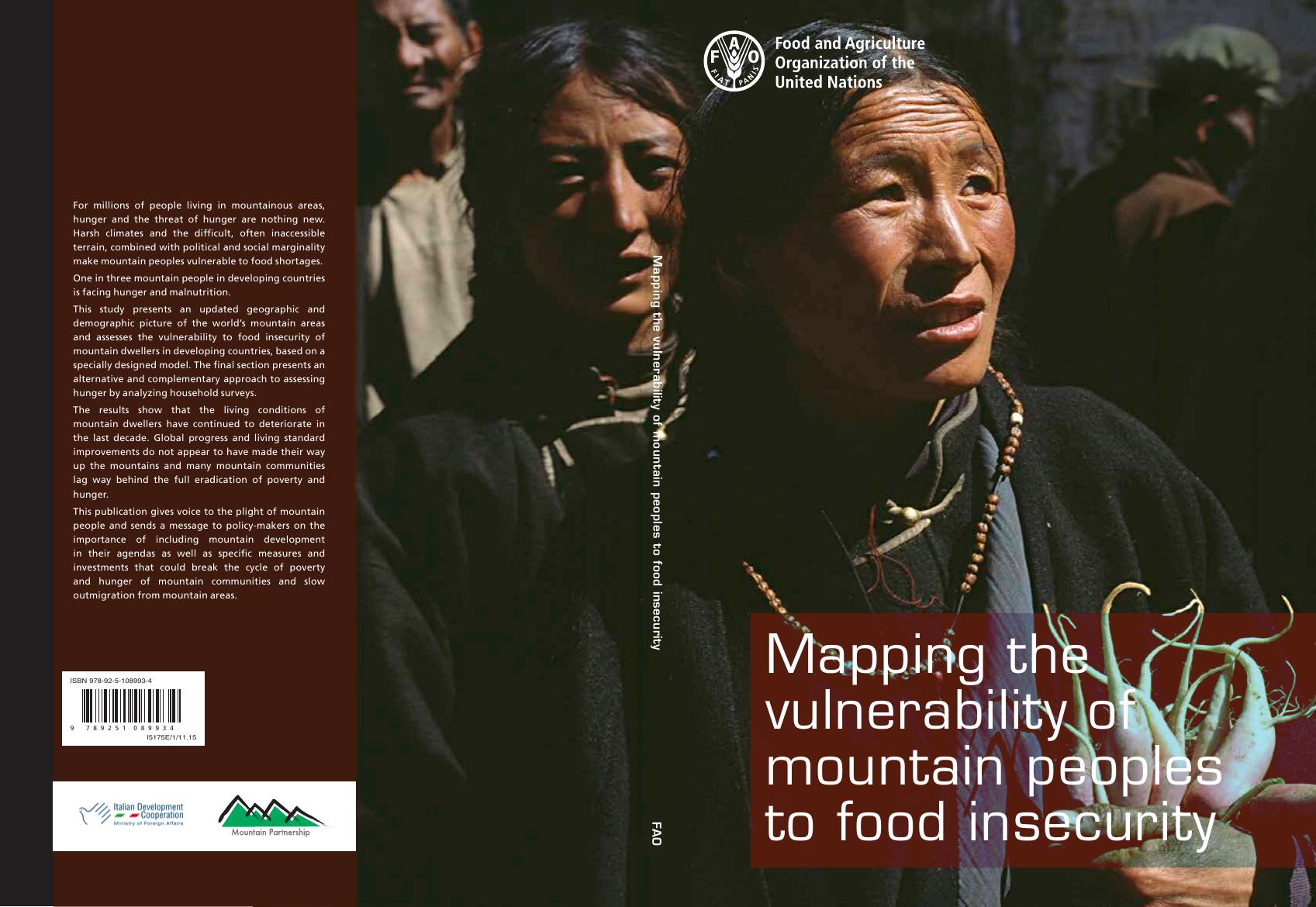 Mapping the Vulnerability of Mountain Peoples to Food Insecurity

For millions of people living in mountainous areas, hunger and the threat of hunger are nothing new. Harsh climates and the difficult, often inaccessible terrain, combined with political and social marginality make mountain peoples vulnerable to food shortages. One in three mountain people in developing countries is facing hunger and malnutrition. This study presents an updated geographic and demographic picture of the world’s mountain areas and assesses the vulnerability to food insecurity of mountain dwellers in developing countries, based on a specially designed model. The final section presents an alternative and complementary approach to assessing hunger by analyzing household surveys. The results show that the living conditions of mountain dwellers have continued to deteriorate in the last decade. Global progress and living standard improvements do not appear to have made their way up the mountains and many mountain communities lag way behind the full eradication of poverty and hunger. This publication gives voice to the plight of mountain people and sends a message to policy-makers on the importance of including mountain development in their agendas as well as specific measures and investments that could break the cycle of poverty and hunger of mountain communities and slow outmigration from mountain areas.
1,836 Views
161 Downloads