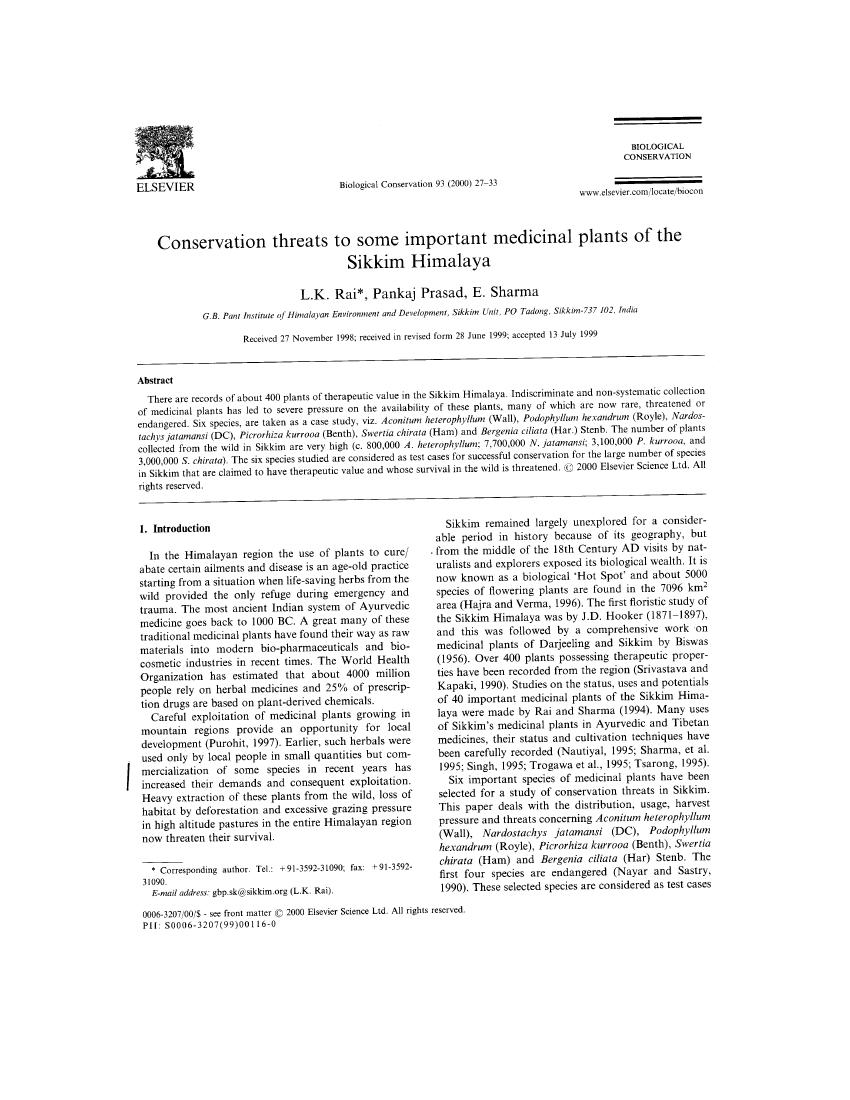 Conservation threats to some important medicinal plants of the Sikkim Himalaya

There are records of about 400 plants of therapeutic value in the Sikkim Himalaya. Indiscriminate and non-systematic collection of medicinal plants has led to severe pressure on the availability of these plants, many of which are now rare, threatened or endangered. Six species, are taken as a case study, viz. Aconitum heterophyllum (Wall),Podophyllum hexandrum (Royle), Nardostachys jatamansi (DC), Picrorhiza kurrooa (Benth), Swertia chirata (Ham) and Bergenia ciliata (Har.) Stenb. The number of plants collected from the wild in Sikkim are very high (c. 800,000 A. heterophyllum; 7,700,000 N. jatamansi; 3,100,000 P. kurrooa, and 3,000,000 S. chirata). The six species studied are considered as test cases for successful conservation for the large number of species in Sikkim that are claimed to have therapeutic value and whose survival in the wild is threatened.