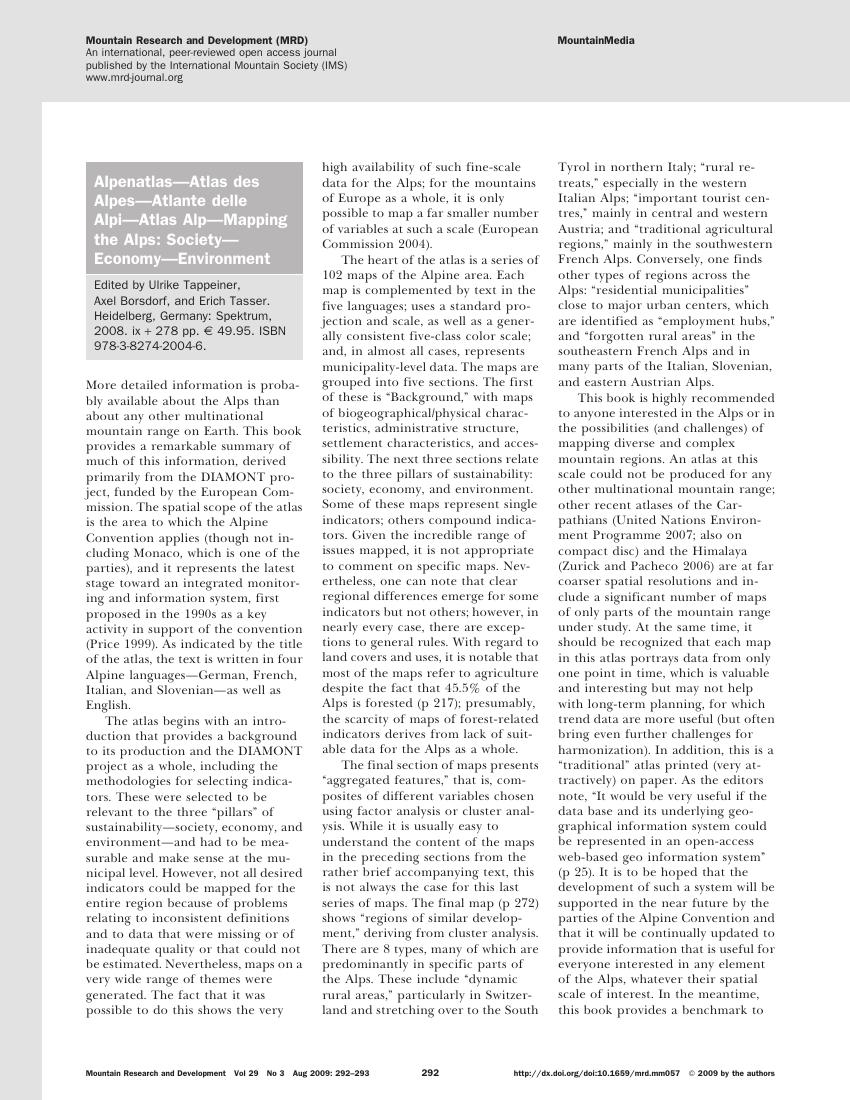 More detailed information is probably available about the Alps than about any other multinational mountain range on Earth. This book provides a remarkable summary of much of this information, derived primarily from the DIAMONT project, funded by the European Commission. The spatial scope of the atlas is the area to which the Alpine Convention applies (though not including Monaco, which is one of the parties), and it represents the latest stage toward an integrated monitoring and information system,  proposed in the 1990s as a key activity in support of the convention. As indicated by the title of the atlas, the text is written in four Alpine languages—German, French, Italian, and Slovenian—as well as English.

The atlas begins with an introduction that provides a background to its production and the atlas project as a whole, including the methodologies for selecting indicators. These were selected to be relevant to the three "pillars" of sustainability—society, economy, and environment—and had to be measurable and make sense at the municipal level. However, not all desired indicators could be mapped for the entire region because of problems relating to inconsistent definitions and to data that were missing or of inadequate quality or that could not be estimated. Nevertheless, maps on a very wide range of themes were generated.