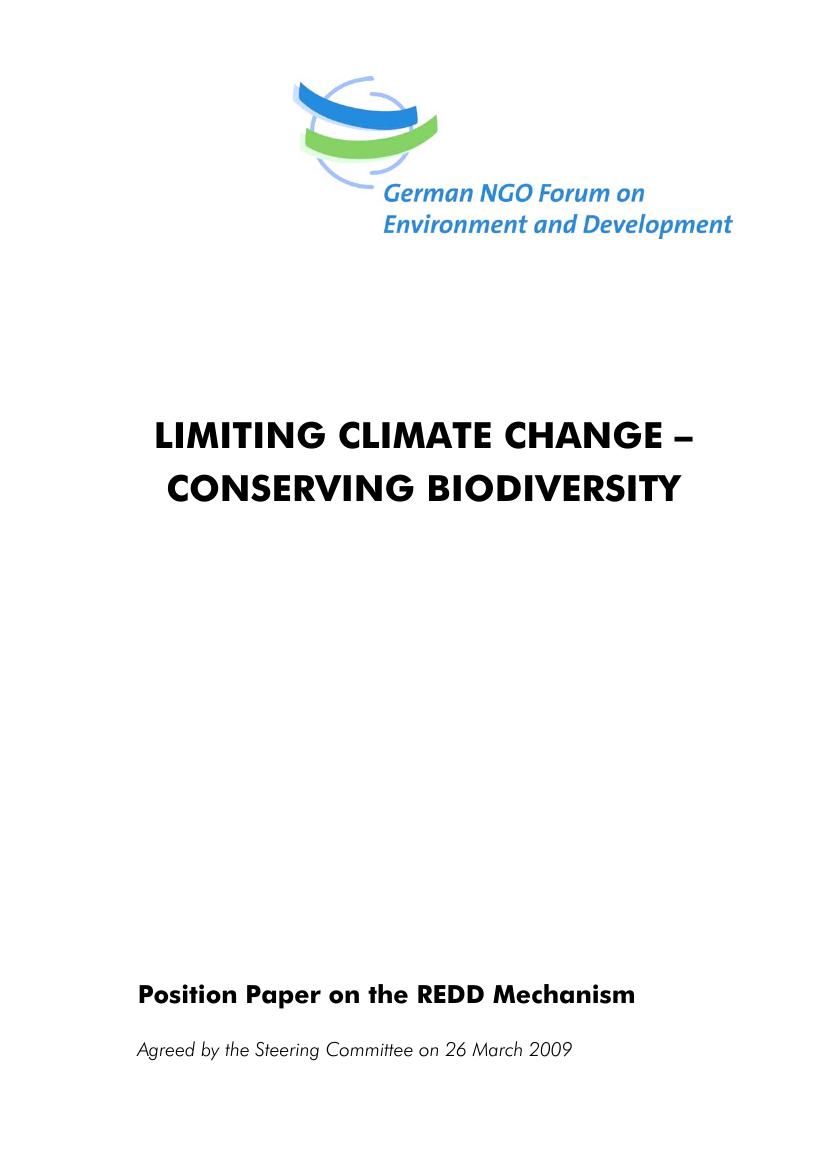 This position paper on the REDD (Reducing Emissions from Deforestation and Forest Degradation) mechanism was agreed by the Steering Committee on 26 March 2009. Without effective protection of forests and reduction of emissions from deforestation, forest degradation and land use changes it is hardly possible to protect the climate and to limit the global temperature increase to less than 2°C. At the same time, forests and biodiversity will be massively damaged without effective climate protection. Political strategies for the protection of forests, biodiversity and the climate thus have to be considered in close connection. The logical consequence is the start of negotiations within the UN Climate Convention about REDD and the intensive participation of the CBD (Convention on Biological Diversity) in these talks. A REDD mechanism has been designed in such a way as an opportunity for the protection of forests and the biodiversity of forest ecosystems. However, REDD can only be an additional contribution to a larger mix of political instruments.
615 Views
26 Downloads