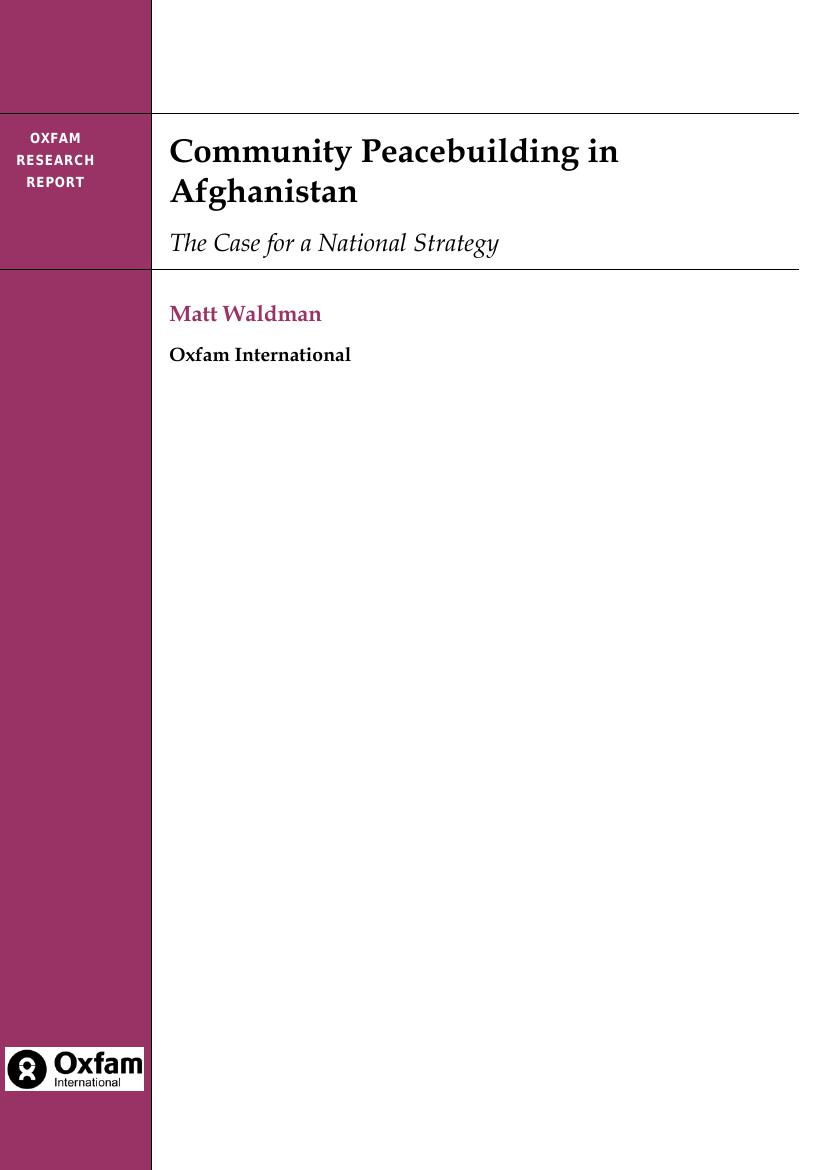 Community peacebuilding in Afghanistan: The case for a national strategy

Existing measures to promote peace in Afghanistan are not succeeding. This is not only due to the revival of the Taliban, but also because little has been done to try to ensure that families, communities, and tribes – the fundamental units of Afghan society – get on better with each other. War has fractured the social fabric of the country and, in the context of severe and persistent poverty, local disputes have the potential to turn violent and to exacerbate the wider conflict. But there is no effective strategy to help Afghans deal with disputes in a peaceful and constructive way. The nature, causes, and effects of insecurity in Afghanistan vary widely, and there is a corresponding variation in the most effective means by which insecurity can be addressed. Often a range of steps are required in different degrees, such as to strengthen the rule of law, build professional security forces, reduce poverty, or improve governance. Peacebuilding is one important means of addressing insecurity, yet most of the peacebuilding work in Afghanistan has been at a political level, where there are links to warlordism, corruption, or criminality, or it has been target-limited, such as the disarmament programmes. Other initiatives, such as the Action Plan for Peace, Justice and Reconciliation and the Peace Commission, are significant, but lack clarity and are primarily concerned with peace and reconciliation at a national level.
Download full document