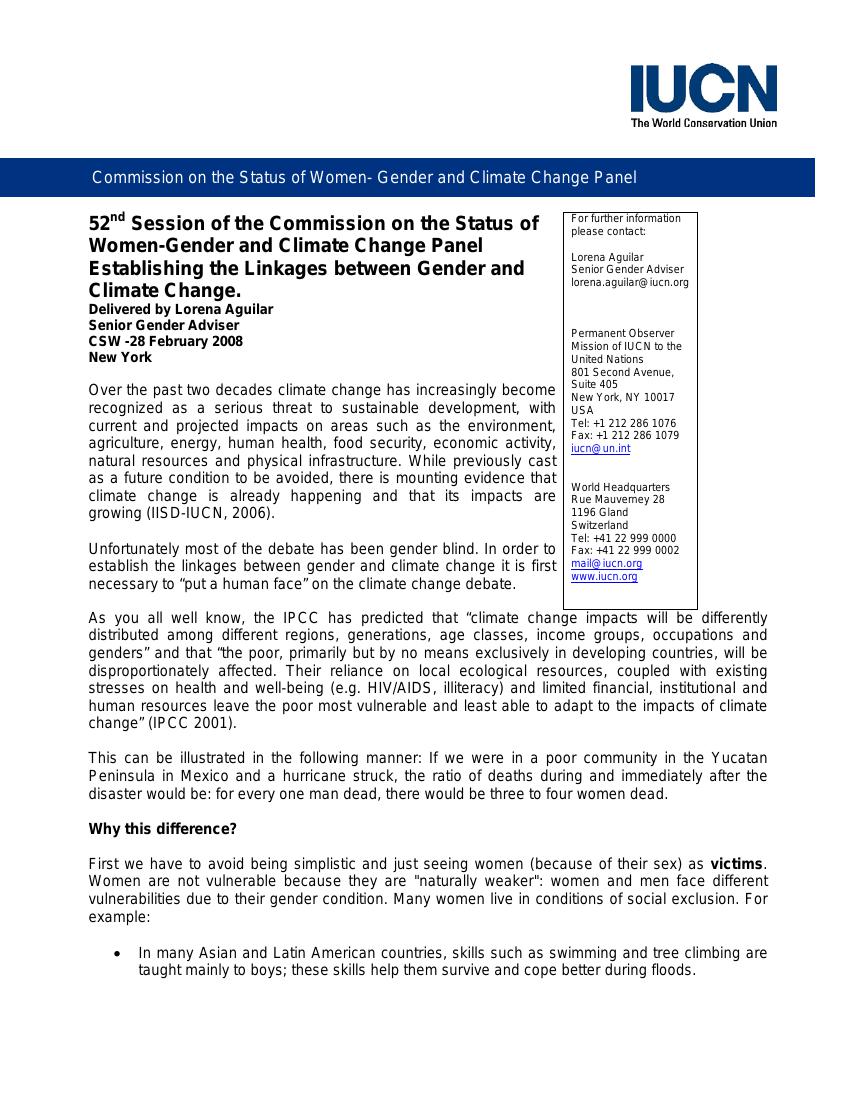 Commission on the Status of Women: Gender and climate change panel

Over the past two decades climate change has increasingly become recognized as a serious threat to sustainable development, with current and projected impacts on areas such as the environment, agriculture, energy, human health, food security, economic activity, natural resources and physical infrastructure. While previously cast as a future condition to be avoided, there is mounting evidence that climate change is already happening and that its impacts are growing (IISD-IUCN, 2006). Unfortunately most of the debate has been gender blind. In order to establish the linkages between gender and climate change it is first necessary to ?put a human face? on the climate change debate.