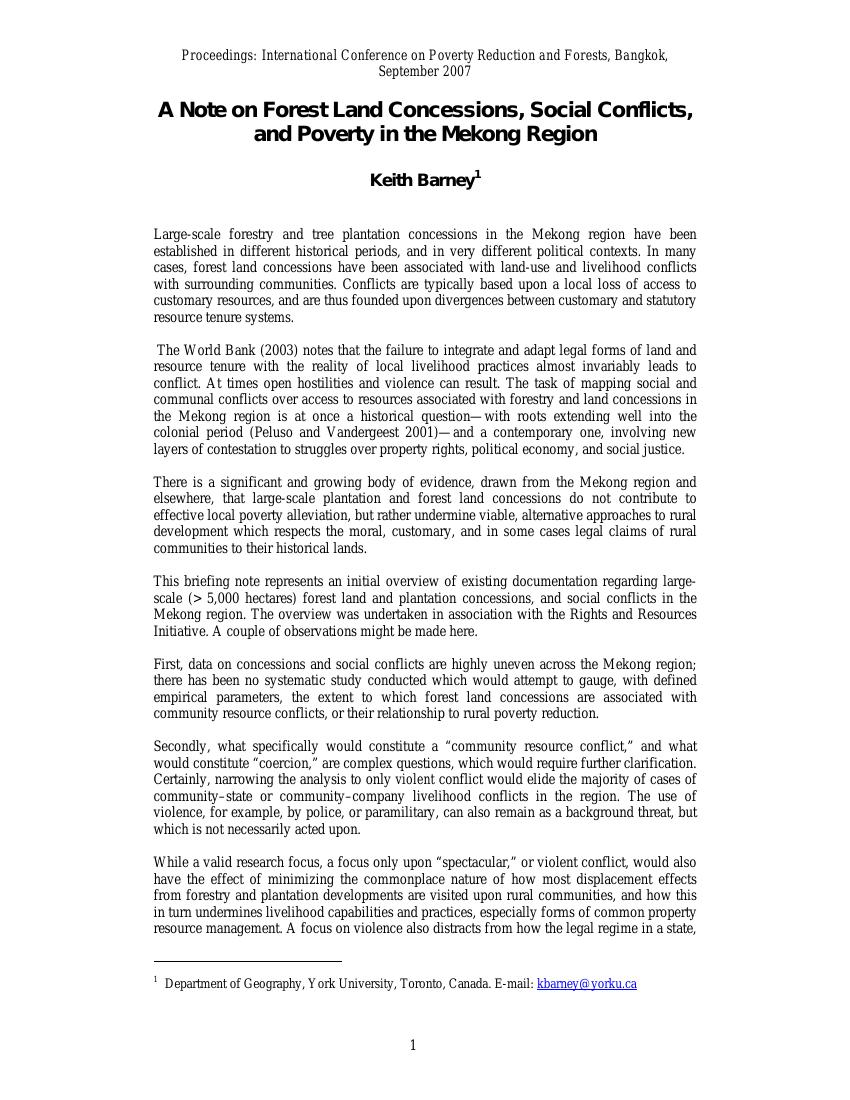 A note on forest land concessions, social conflicts, and poverty in the Mekong region

Large-scale forestry and tree plantation concessions in the Mekong region have been established in different historical periods, and in very different political contexts. In many cases, forest land concessions have been associated with land-use and livelihood conflicts with surrounding communities. Conflicts are typically based upon a local loss of access to customary resources, and are thus founded upon divergences between customary and statutory resource tenure systems.

The World Bank (2003) notes that the failure to integrate and adapt legal forms of land and resource tenure with the reality of local livelihood practices almost invariably leads to conflict. At times open hostilities and violence can result. The task of mapping social and communal conflicts over access to resources associated with forestry and land concessions in the Mekong region is at once a historical question—with roots extending well into the colonial period — and a contemporary one, involving new layers of contestation to struggles over property rights, political economy, and social justice. There is a significant and growing body of evidence, drawn from the Mekong region and elsewhere, that large-scale plantation and forest land concessions do not contribute to effective local poverty alleviation, but rather undermine viable, alternative approaches to rural development which respects the moral, customary, and in some cases legal claims of rural communities to their historical lands.