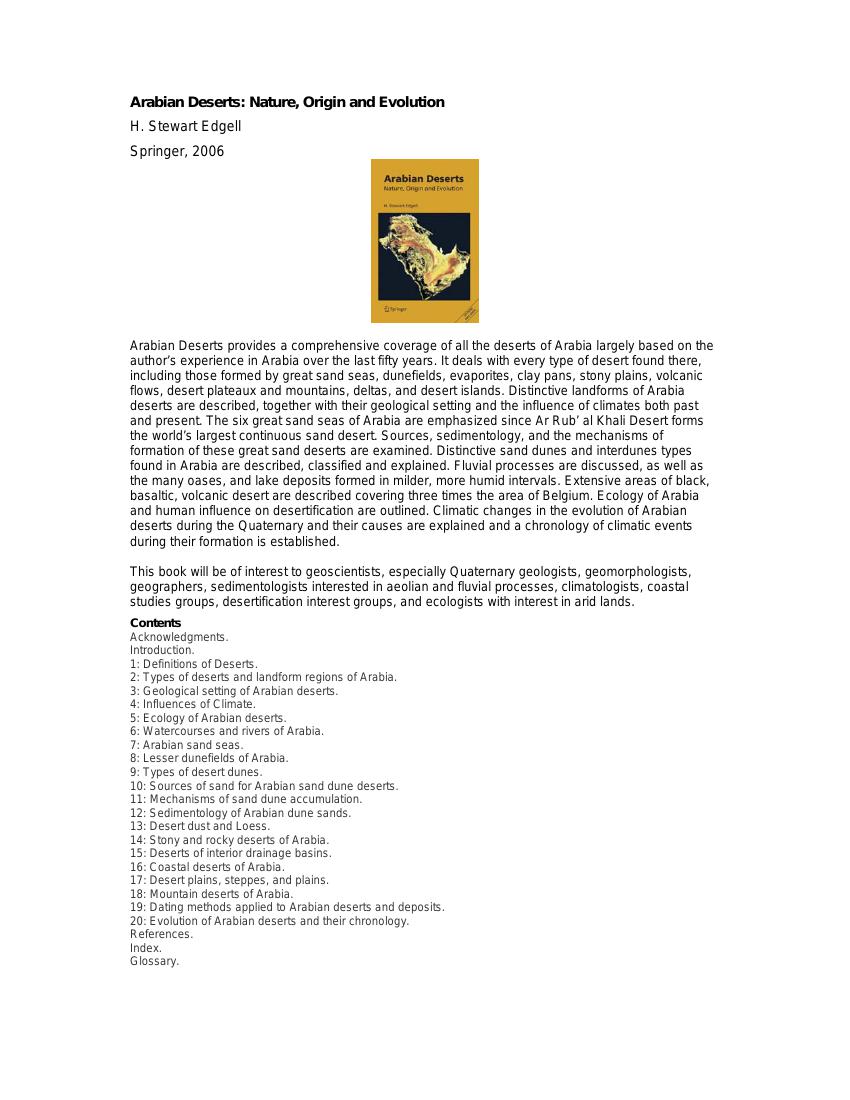 The book provides a comprehensive coverage of all the deserts of Arabia largely based on the author's experience in Arabia over the last fifty years. It deals with every type of desert found there, including those formed by great sand seas, dunefields, evaporites, clay pans, stony plains, volcanic flows, desert plateaux and mountains, deltas, and desert islands. Distinctive landforms of Arabia deserts are described, together with their geological setting and the influence of climates both past and present. The six great sand seas of Arabia are emphasized since Ar Rub' al Khali Desert forms the world’s largest continuous sand desert. Sources, sedimentology, and the mechanisms of formation of these great sand deserts are examined. Distinctive sand dunes and interdunes types found in Arabia are described, classified and explained. Fluvial processes are discussed, as well as the many oases, and lake deposits formed in milder, more humid intervals. Extensive areas of black, basaltic, volcanic desert are described covering three times the area of Belgium. Ecology of Arabia and human influence on desertification are outlined. Climatic changes in the evolution of Arabian deserts during the Quaternary and their causes are explained and a chronology of climatic events during their formation is established.