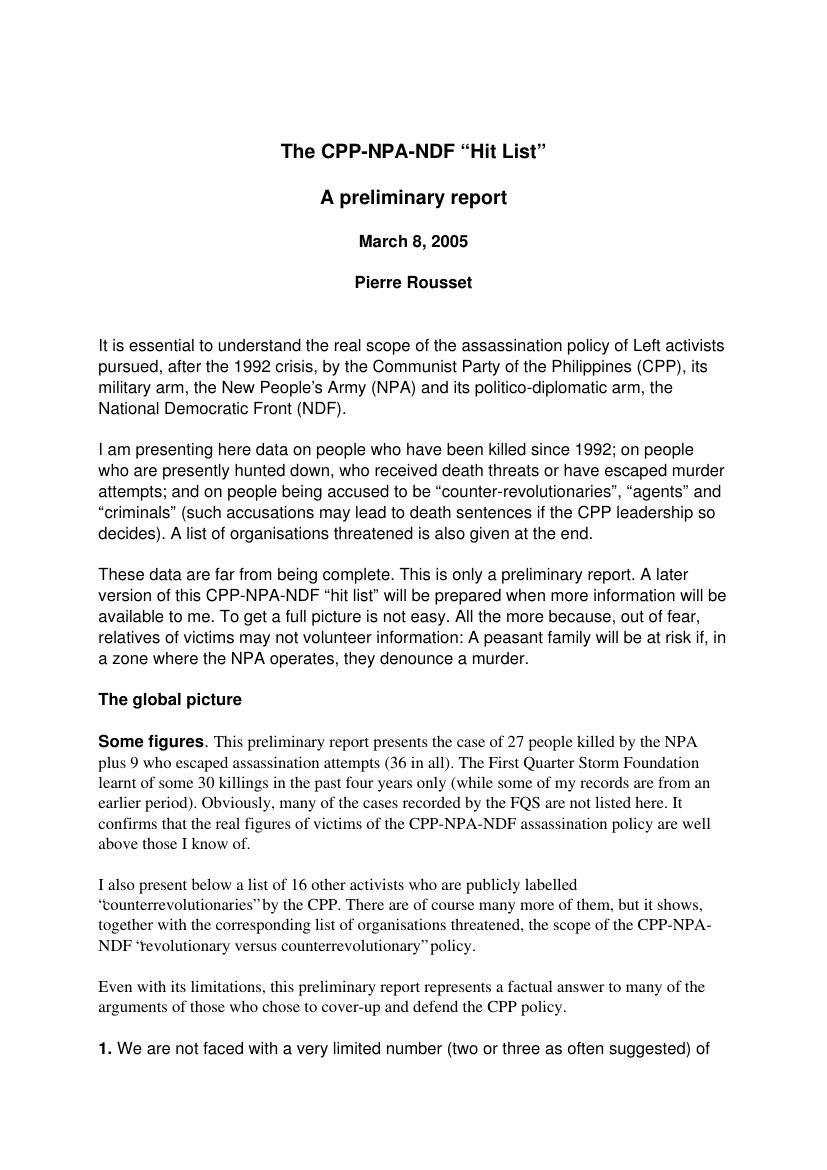 It is essential to understand the real scope of the assassination policy of Left activists pursued, after the 1992 crisis, by the Communist Party of the Philippines (CPP), its military arm, the New People?s Army (NPA) and its politico-diplomatic arm, the National Democratic Front (NDF). The author presents here data on people who have been killed since 1992; on people who are presently hunted down, who received death threats or have escaped murder attempts; and on people being accused to be ?counterrevolutionaries?, ?agents? and ?criminals? (such accusations may lead to death sentences if the CPP leadership so decides). A list of organisations threatened is also given at the end. These data are far from being complete. This is only a preliminary report. A later version of this CPPNPANDF ?hit list? will be prepared when more information will be available. To get a full picture is not easy. All the more because, out of fear, relatives of victims may not volunteer information: A peasant family will be at risk if, in a zone where the NPA operates, they denounce a murder.