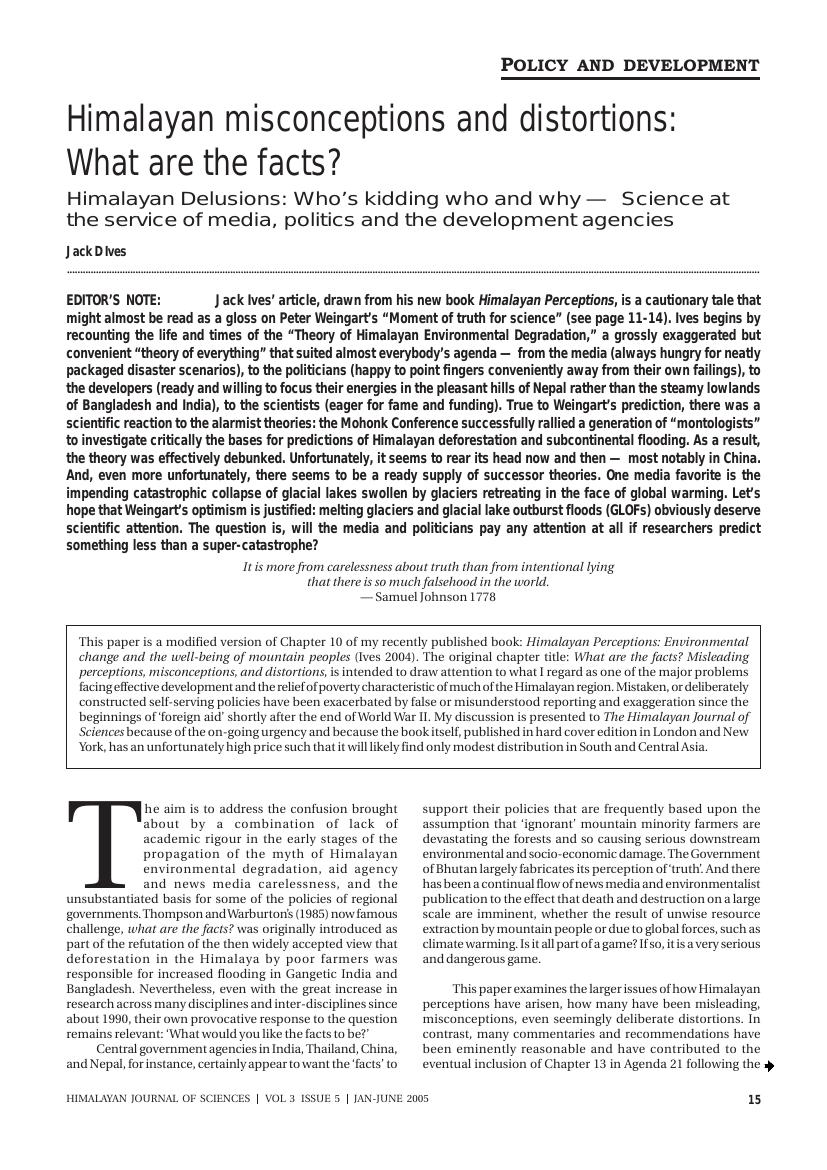 Himalayan misconceptions and distortions: What are the facts?

Jack Ives’ article, drawn from his new book Himalayan Perceptions, is a cautionary tale that might almost be read as a gloss on Peter Weingart’s “Moment of truth for science”. Ives begins by recounting the life and times of the “Theory of Himalayan Environmental Degradation,” a grossly exaggerated but convenient “theory of everything” that suited almost everybody’s agenda — from the media (always hungry for neatly packaged disaster scenarios), to the politicians (happy to point fingers conveniently away from their own failings), to the developers (ready and willing to focus their energies in the pleasant hills of Nepal rather than the steamy lowlands of Bangladesh and India), to the scientists (eager for fame and funding). True to Weingart’s prediction, there was a scientific reaction to the alarmist theories: the Mohonk Conference successfully rallied a generation of “montologists” to investigate critically the bases for predictions of Himalayan deforestation and subcontinental flooding. As a result, the theory was effectively debunked. Unfortunately, it seems to rear its head now and then — most notably in China. And, even more unfortunately, there seems to be a ready supply of successor theories. One media favorite is the impending catastrophic collapse of glacial lakes swollen by glaciers retreating in the face of global warming. Let’s hope that Weingart’s optimism is justified: melting glaciers and glacial lake outburst floods (GLOFs) obviously deserve scientific attention. The question is, will the media and politicians pay any attention at all if researchers predict something less than a super-catastrophe?
979 Views
108 Downloads