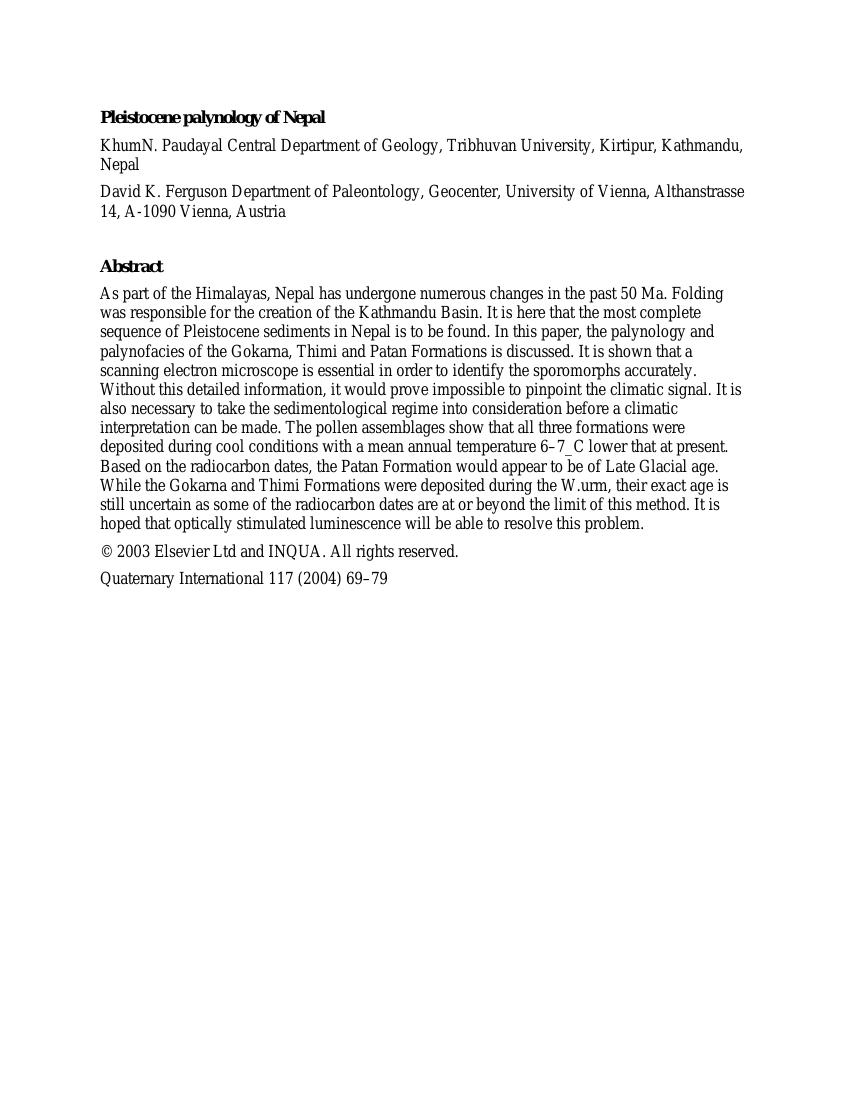 As part of the Himalayas, Nepal has undergone numerous changes in the past 50 Ma. Folding was responsible for the creation of the Kathmandu Basin. It is here that the most complete sequence of Pleistocene sediments in Nepal is to be found. In this paper, the palynology and palynofacies of the Gokarna, Thimi and Patan Formations is discussed. It is shown that a scanning electron microscope is essential in order to identify the sporomorphs accurately. Without this detailed information, it would prove impossible to pinpoint the climatic signal. It is also necessary to take the sedimentological regime into consideration before a climatic interpretation can be made. The pollen assemblages show that all three formations were deposited during cool conditions with a mean annual temperature 6–7°C lower that at present. Based on the radiocarbon dates, the Patan Formation would appear to be of Late Glacial age. While the Gokarna and Thimi Formations were deposited during the W.urm, their exact age is still uncertain as some of the radiocarbon dates are at or beyond the limit of this method. It is hoped that optically stimulated luminescence will be able to resolve this problem.
434 Views
43 Downloads