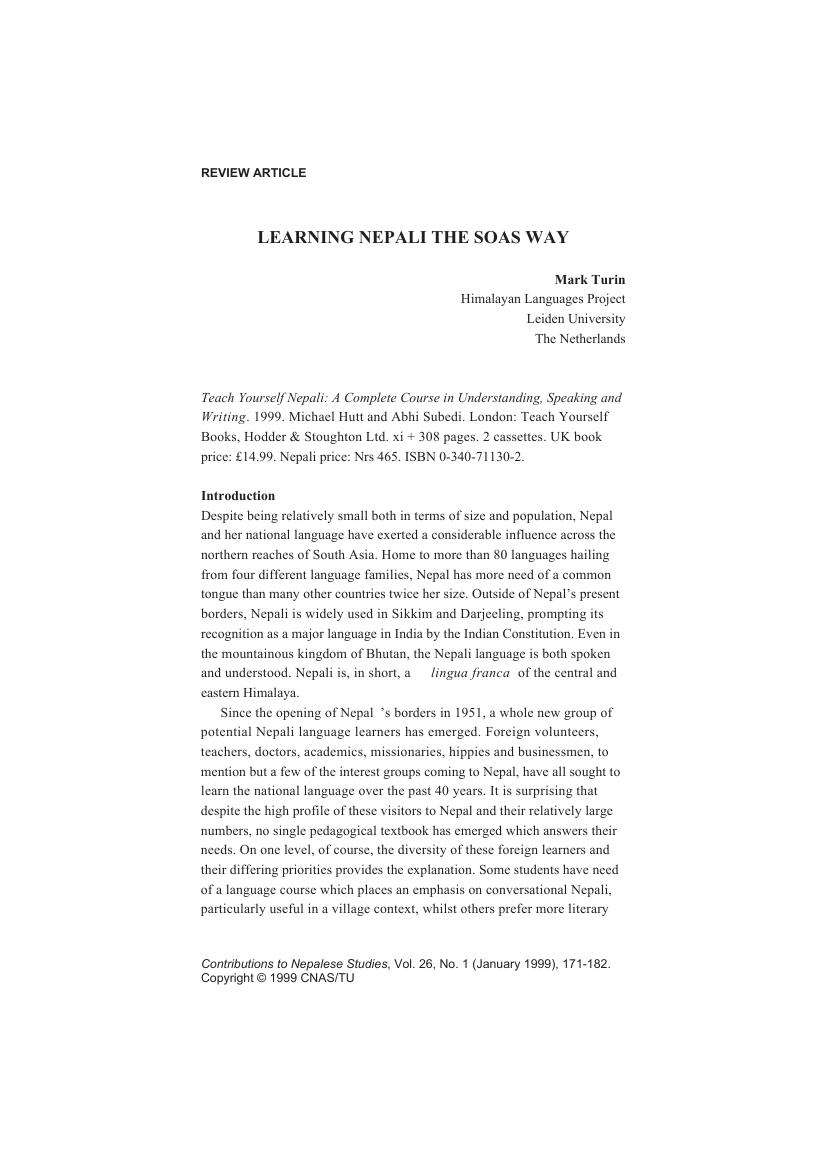 Hutt, M; and Subedi, A; 1999, Teach Yourself Nepali: A Complete Course in Understanding, SPeaking and Writing. Teach Yourself Books, Hodder & Stoughton Ltd. London, UK> Despite being relatively small both in terms of size and population, Nepal and her national language have exerted a considerable influence across the northern reaches of South Asia. Home to more than 80 languages hailing from four different language families, Nepal has more need of a common tongue than many other countries twice her size. Outside of Nepal's present borders, Nepali is widely used in Sikkim and Darjeeling, prompting its recognition as a major language in India by the Indian Constitution. Even in the mountainous kingdom of Bhutan, the Nepali language is both spoken and understood. Nepali is, in short, a lingua franca of the central and eastern Himalaya.