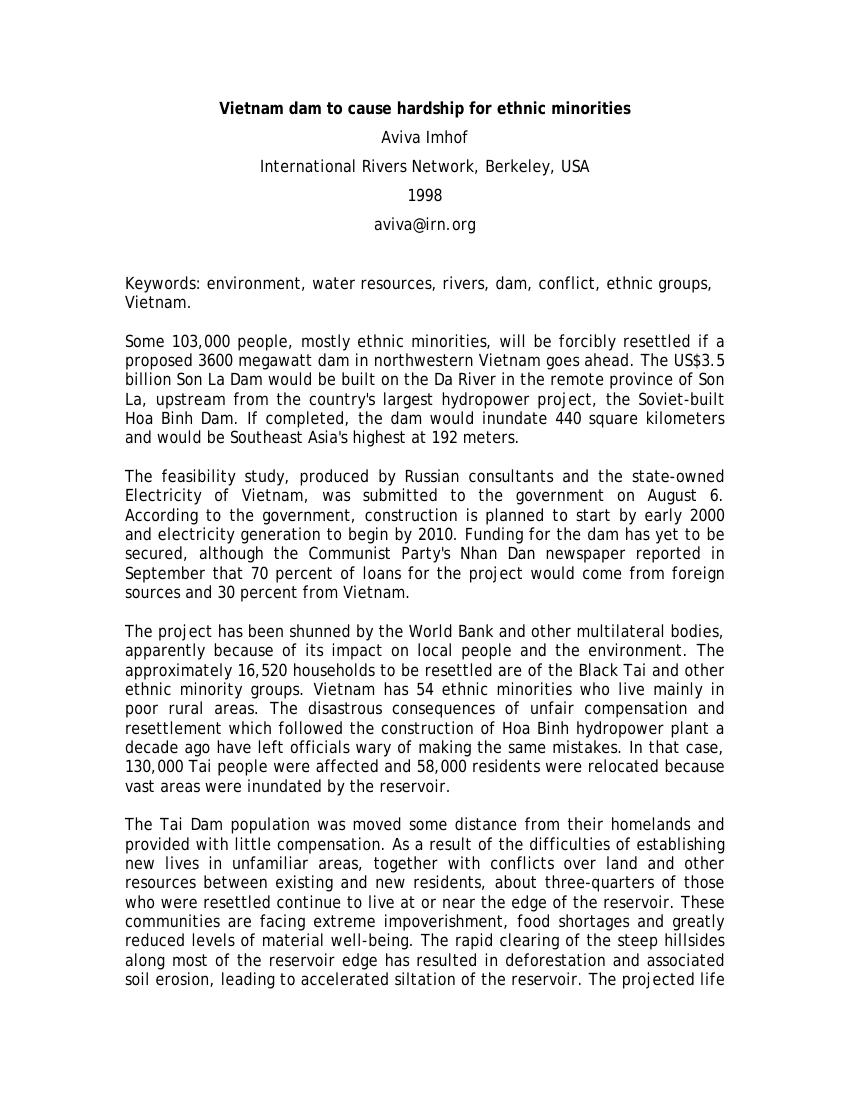 Vietnam dam to cause hardship for ethnic minorities

Some 103,000 people, mostly ethnic minorities, will be forcibly resettled if a proposed 3600 megawatt dam in northwestern Vietnam goes ahead. The US$3.5 billion Son La Dam would be built on the Da River in the remote province of Son La, upstream from the country's largest hydropower project, the Soviet-built Hoa Binh Dam. If completed, the dam would inundate 440 square kilometers and would be Southeast Asia's highest at 192 meters.

The feasibility study, produced by Russian consultants and the state-owned Electricity of Vietnam, was submitted to the government on August 6. According to the government, construction is planned to start by early 2000 and electricity generation to begin by 2010. Funding for the dam has yet to be secured, although the Communist Party's Nhan Dan newspaper reported in September that 70 percent of loans for the project would come from foreign sources and 30 percent from Vietnam.