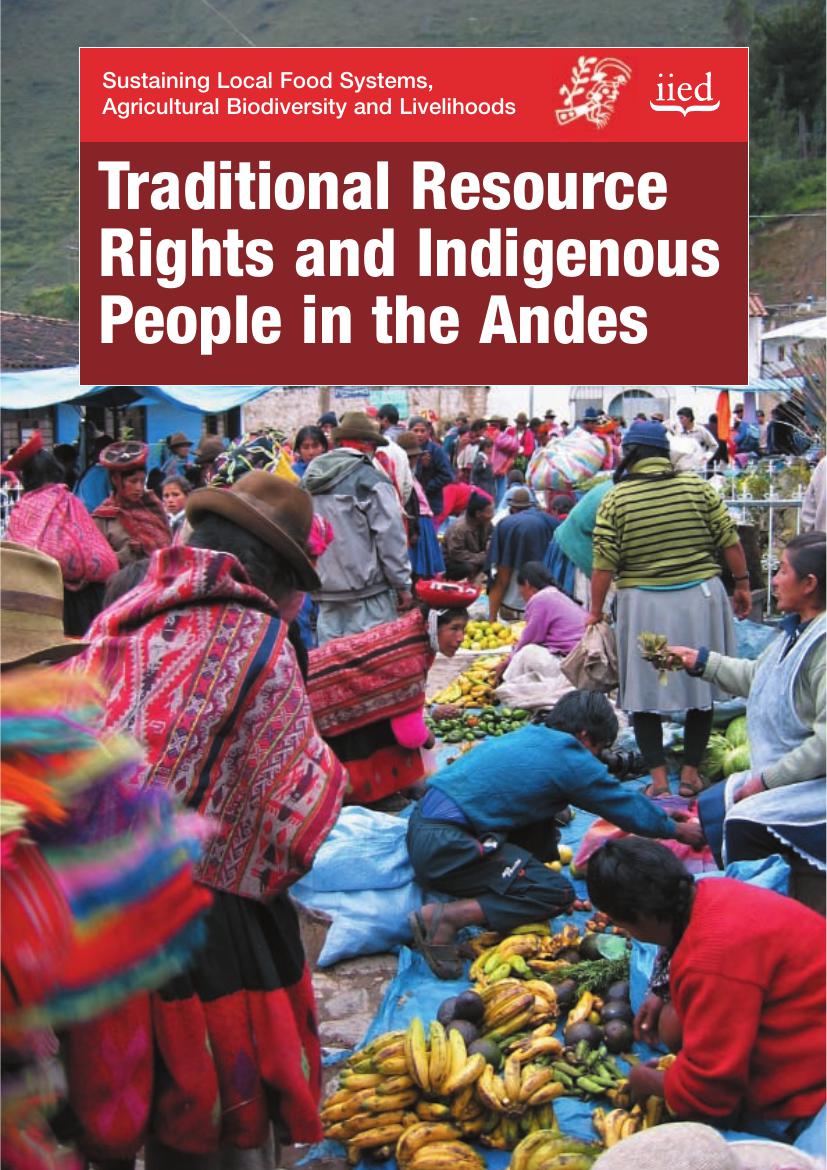 Traditional resource rights and indigenous people in the Andes

Indigenous farmers in the Andean region of Peru are the most extraordinary innovators and conservers of agricultural biodiversity.  The potato originates in this area, and during centuries of experimentation and domestication farmers have bred and selected varieties that thrive in each of the many different ecological niches of the Andes. Conserving these varieties, and the historical, cultural and social character of the landscape – in the southern Andes alone there are 18 different agro-ecological zones – is extremely important to the Andean indigenous communities. People’s long experience and knowledge of the region’s plants and animals enables them to earn a livelihood by developing, using, and managing their resources. But these resources, and the complex systems that ensure their survival, are under threat.

The greatest current threats are social, economic and political and include:
• the undervaluation of native crops and animals;
• the introduction of new biotechnologies such as transgenic crops;
• people’s extreme poverty;
• inappropriate agricultural policies, including the lack of pro-poor market and economic policies;
• a lack of clear rights over knowledge and genetic resources;
• a lack of political will;
• a lack of secure land tenure;
• loss of cultural identity and spiritual values;
• erosion and marginalisation of traditional knowledge; and
• poor understanding of the role of such knowledge and agrobiodiversity in providing goods and ecological services for sustainable development.

Peru is one of four countries in which IIED and its partners are analysing how decentralised governance, farmer participation and capacity building can promote the adaptive management of agricultural biodiversity in such a way that local food systems and livelihoods are improved and supported. The others are India, Iran, and Indonesia. IIED’s partner in Peru is ANDES – the Quechua–Aymara Association for Sustainable Livelihoods. ANDES is governed by a general assembly which is largely composed of indigenous people in different villages in the Andes. They have three professional staff in their office in Cusco, in southern Peru, while another 15 technicians and university- trained professionals and 25 local villagers work in the field with a number of local communities.  All four of the country research teams share the same basic principles and understandings, and there is a shared aim and objectives. It is up to each country, however, to decide exactly what activities would be most helpful in their situation.