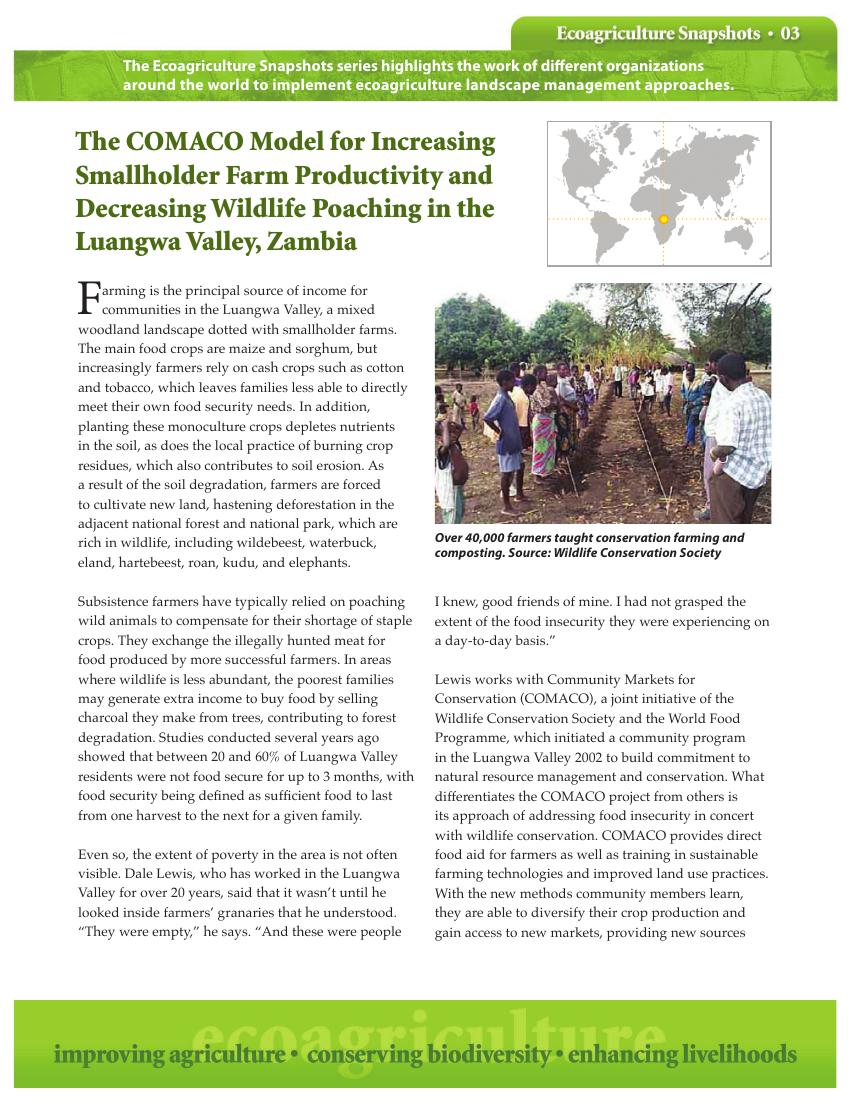 Farming is the principal source of income for communities in the Luangwa Valley, a mixed woodland landscape dotted with smallholder farms. The main food crops are maize and sorghum, but increasingly farmers rely on cash crops such as cotton and tobacco, which leaves families less able to directly meet their own food security needs. Planting monoculture crops depletes nutrients in the soil, as does the local practice of burning crop residues, which contributes to soil erosion. As a result of soil degradation, farmers are forced to cultivate new land, hastening deforestation in the adjacent national forest and national park, which are rich in wildlife, including wildebeest, waterbuck, eland, hartebeest, roan, kudu, and elephants.

COMACO focuses in particular on the local farmers with a history of poaching wildlife. COMACO provides them maize for their household use as well as training in zero-tillage farming in exchange for their traps and snares. Maize provides an immediate incentive to hand over their snares and increased production of food crops and income along with with the farming methods and trade schemes introduced by COMACO help decrease the likelihood that these farmers will have to resort to illegal snaring in the future. From 2001 to 2005 a total of 20,368 snares were surrendered by farmers from COMACO core areas.