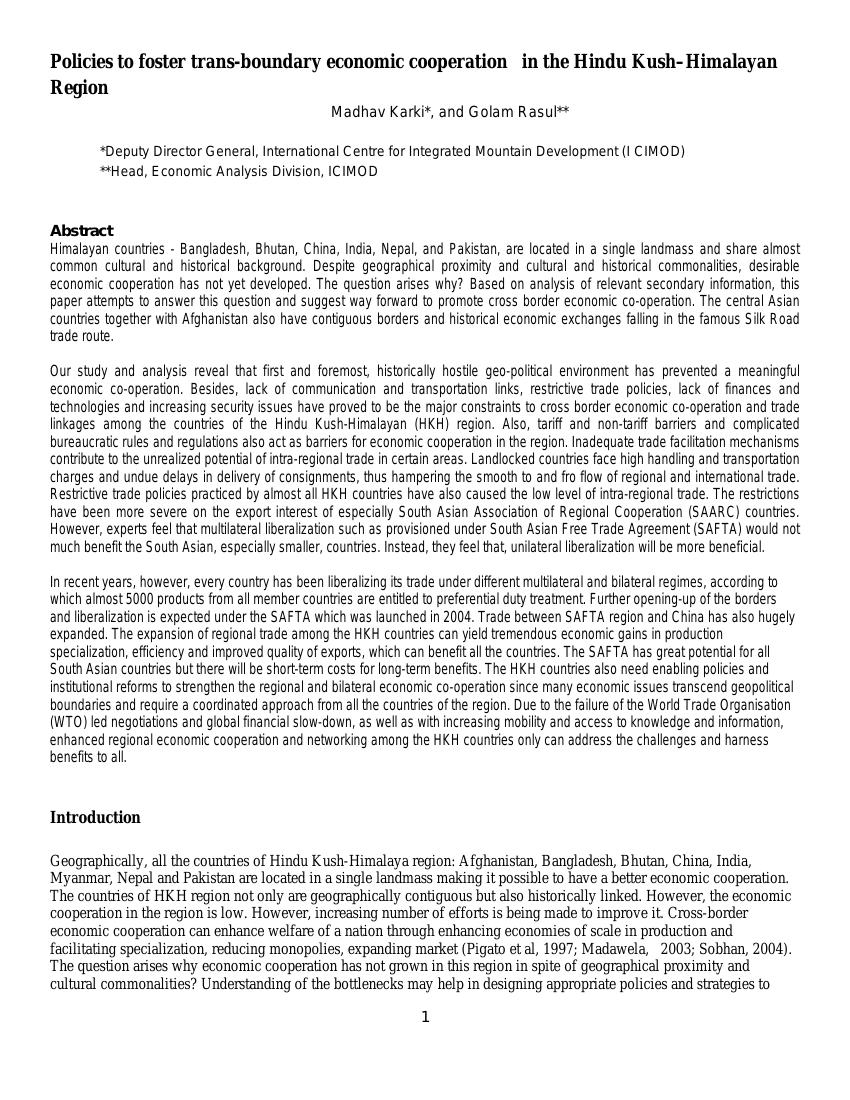 The study and analysis reveal that first and foremost, historically hostile geo-political environment has prevented a meaningful economic co-operation. Besides, lack of communication and transportation links, restrictive trade policies, lack of finances and technologies and increasing security issues have proved to be the major constraints to cross border economic co-operation and trade linkages among the countries of the Hindu Kush-Himalayan (HKH) region.