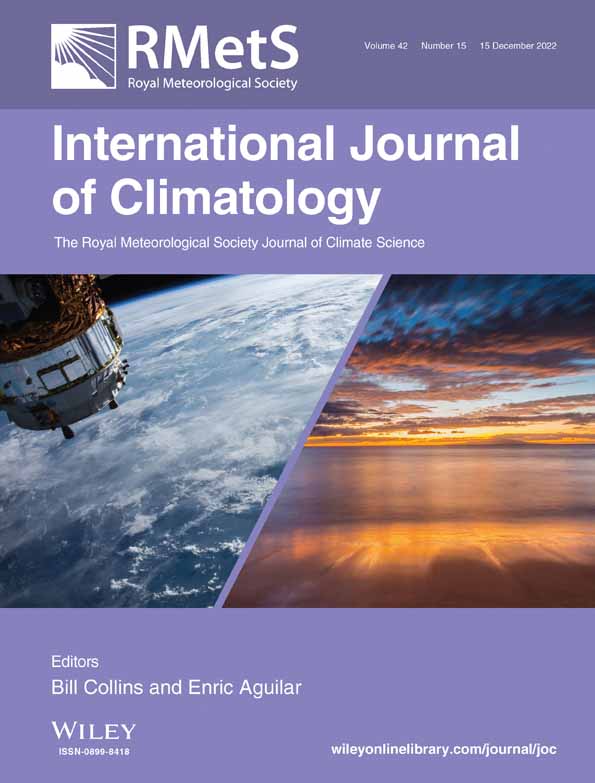 Long-term precipitation monitoring plays a vital role in water resource management and disaster prevention and mitigation. This study assesses spatial and temporal trends in seasonal and annual precipitation in Pakistan between 1960 and 2016 at an interannual scale. The Mann–Kendall (MK) test, Sen's slope (SS) estimator, and Sequential Mann–Kendall (SQMK) test were employed to assess trends. Cluster analysis and L-moment approach were used to identify the homogenous precipitation regions. In general, increasing precipitation trends between 1960 and 2016 were evident. Results indicated increasing precipitation in winter, autumn, summer and annual scale at the rates of 0.20, 2.18, 5.16, and 10.89 mm·decade−1, respectively. In spring, the precipitation trend shows a decreasing trend at −0.67 mm·decade−1. Moreover, a significant decreasing trend occurred in winter in southern Pakistan. The overall increasing trends were more noticeable between 1960 and 1988, compared to the declining precipitation during 1989–2016. SQMK analysis indicates a clear downward trend in most regions during 1989–2016, except in autumn. Annual precipitation has increased topographically except at 500 m and 1,500 m during 1960–2016 with a significant increase of 1.37 mm·decade−1 at elevation <250 m. Results indicate a negative correlation in SS test value with seasonal and annual precipitation with elevation and a positive correlation in winter. The seasonal and annual precipitation trends exhibit increasing and decreasing trends before and after 1990, respectively, in most subregions. The notable finding based on the outcomes of this study is that the whole country observed an increasing trend during 1960–1988, followed by a decreasing trend in during 1989–2016. This decreasing tendency is particularly pronounced between 1985 and 1995, except in autumn. Agriculture production is largely reliant on precipitation in many regions. So, a detailed study of the influence of monsoon trends and large-scale climatic variability controls over Pakistan is vital for improved water resource management in the context of global warming and rising human activity. The results will help policy makers while establishing and updating water-related initiatives and regulations. © 2022 Royal Meteorological Society.