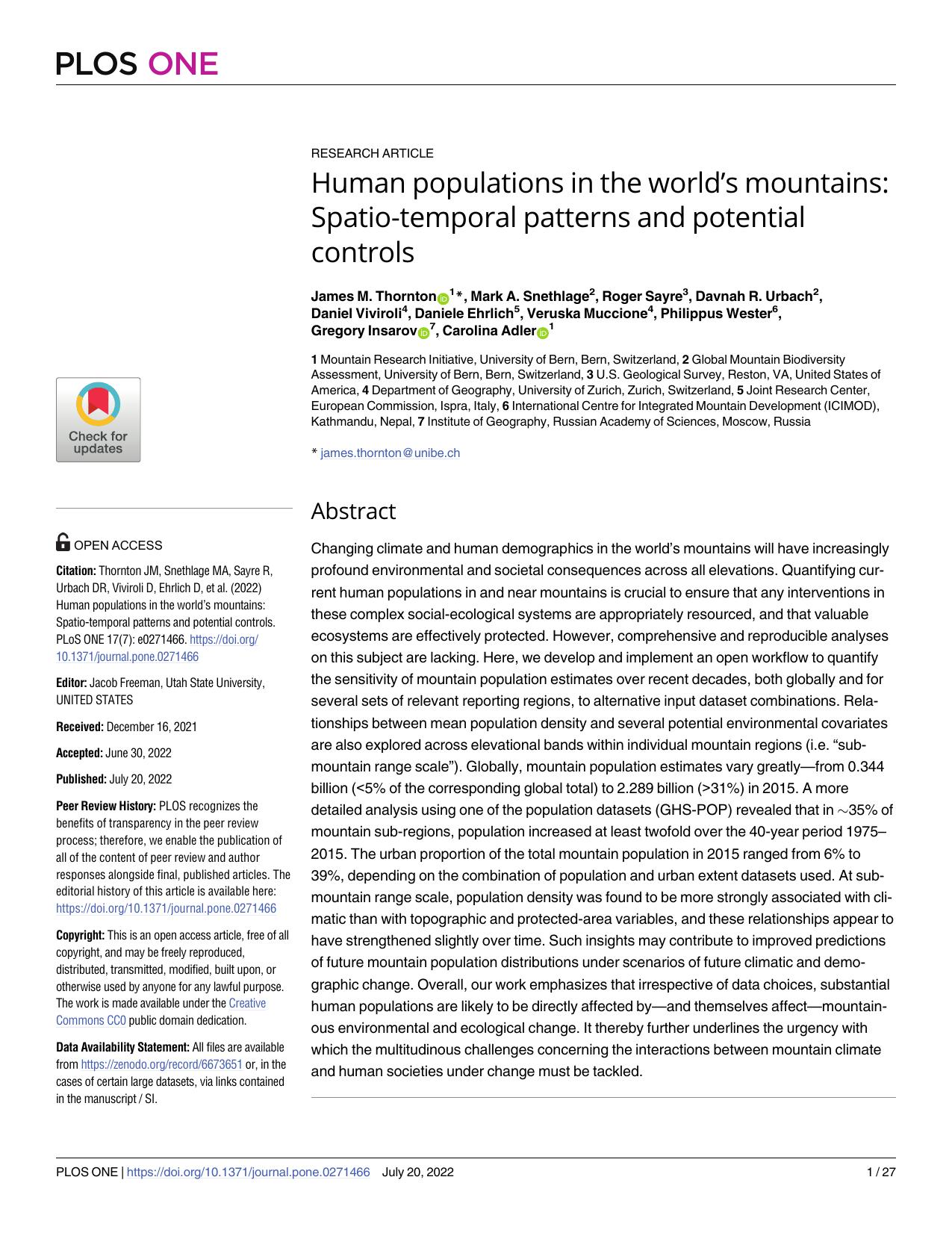 Changing climate and human demographics in the world’s mountains will have increasingly profound environmental and societal consequences across all elevations. Quantifying current human populations in and near mountains is crucial to ensure that any interventions in these complex social-ecological systems are appropriately resourced, and that valuable ecosystems are effectively protected. However, comprehensive and reproducible analyses on this subject are lacking. Here, we develop and implement an open workflow to quantify the sensitivity of mountain population estimates over recent decades, both globally and for several sets of relevant reporting regions, to alternative input dataset combinations. Relationships between mean population density and several potential environmental covariates are also explored across elevational bands within individual mountain regions (i.e. “sub-mountain range scale”). Globally, mountain population estimates vary greatly—from 0.344 billion (<5% of the corresponding global total) to 2.289 billion (>31%) in 2015. A more detailed analysis using one of the population datasets (GHS-POP) revealed that in ∼35% of mountain sub-regions, population increased at least twofold over the 40-year period 1975–2015. The urban proportion of the total mountain population in 2015 ranged from 6% to 39%, depending on the combination of population and urban extent datasets used. At sub-mountain range scale, population density was found to be more strongly associated with climatic than with topographic and protected-area variables, and these relationships appear to have strengthened slightly over time. Such insights may contribute to improved predictions of future mountain population distributions under scenarios of future climatic and demographic change. Overall, our work emphasizes that irrespective of data choices, substantial human populations are likely to be directly affected by—and themselves affect—mountainous environmental and ecological change. It thereby further underlines the urgency with which the multitudinous challenges concerning the interactions between mountain climate and human societies under change must be tackled.