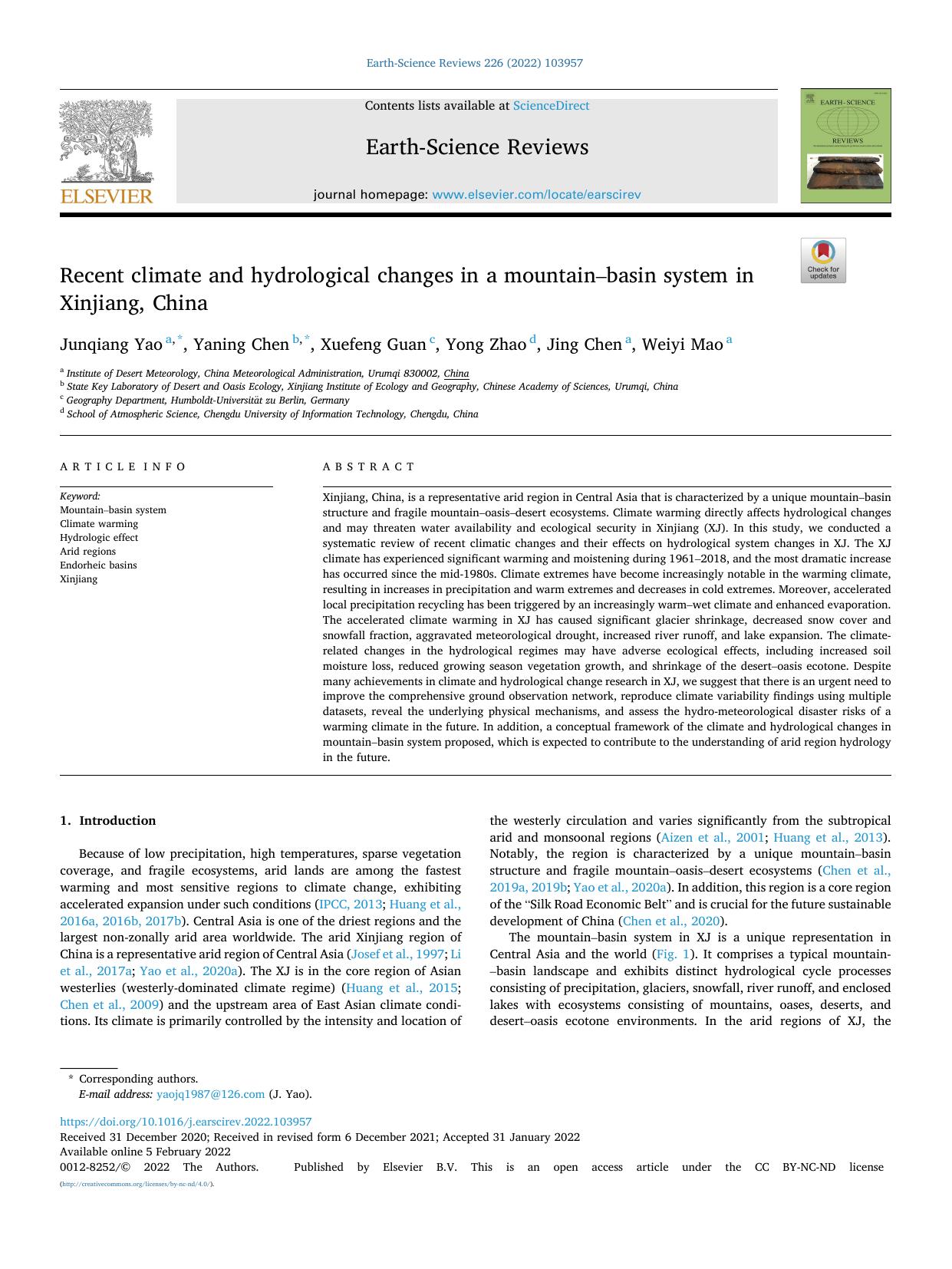 Recent climate and hydrological changes in a mountain-basin system in Xinjiang, China

Xinjiang, China, is a representative arid region in Central Asia that is characterized by a unique mountain-basin structure and fragile mountain-oasis-desert ecosystems. Climate warming directly affects hydrological changes and may threaten water availability and ecological security in Xinjiang (XJ). In this study, we conducted a systematic review of recent climatic changes and their effects on hydrological system changes in XJ. The XJ climate has experienced significant warming and moistening during 1961-2018, and the most dramatic increase has occurred since the mid-1980s. Climate extremes have become increasingly notable in the warming climate, resulting in increases in precipitation and warm extremes and decreases in cold extremes. Moreover, accelerated local precipitation recycling has been triggered by an increasingly warm-wet climate and enhanced evaporation. The accelerated climate warming in XJ has caused significant glacier shrinkage, decreased snow cover and snowfall fraction, aggravated meteorological drought, increased river runoff, and lake expansion. The climate-related changes in the hydrological regimes may have adverse ecological effects, including increased soil moisture loss, reduced growing season vegetation growth, and shrinkage of the desert-oasis ecotone. Despite many achievements in climate and hydrological change research in XJ, we suggest that there is an urgent need to improve the comprehensive ground observation network, reproduce climate variability findings using multiple datasets, reveal the underlying physical mechanisms, and assess the hydro-meteorological disaster risks of a warming climate in the future. In addition, a conceptual framework of the climate and hydrological changes in mountain-basin system proposed, which is expected to contribute to the understanding of arid region hydrology in the future.