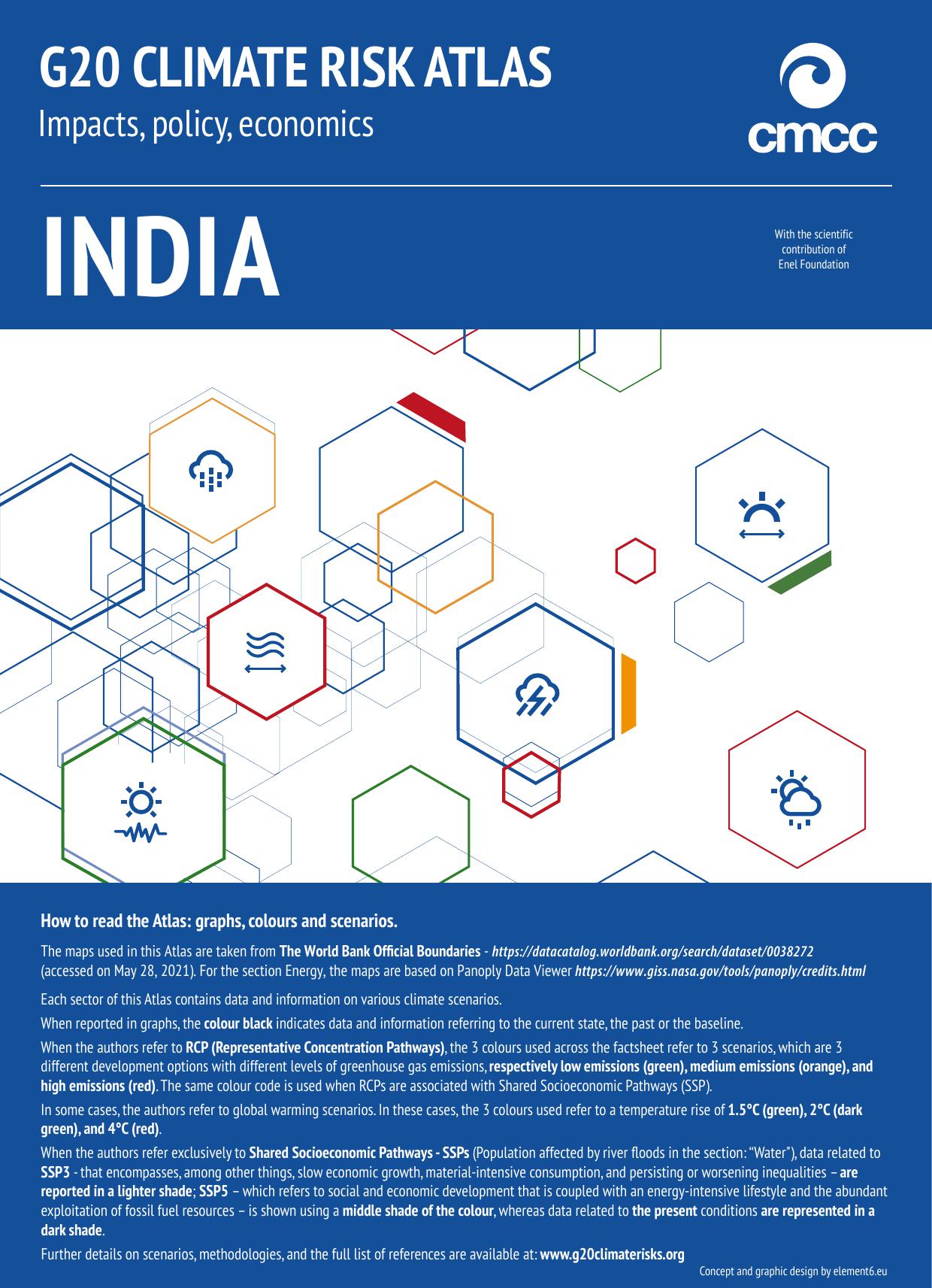 This report summarizes the risks posed on India's climate, ecosystems, food and water systems, and citizens by climate impacts, as well as the country's policies for mitigation, adaptation, and emissions reductions. The climate in India is generally monsoonal whilst at the same time possessing a wide variety that ranges from tropical in the south to temperate and alpine in the Himalayan north. India’s climate is strongly influenced by the Himalayas and the Thar Desert. The Himalayas act as a barrier to cold winds from central Asia, keeping most of the country warmer than other places found at similar latitudes around the world. The Thar Desert attracts the summer monsoon winds from the south-west regulating the rainy season. Climate impacts for India are diverse and immense. The country faces extreme temperatures and precipitation swings. Millions of Indians are also threatened by sea level rise. Agricultural productivity is expected to see significant drops while the threat of disease increases. As a burgeoning economy, India's emissions are steadily rising. While India pledged to transition 40% of its power capacity to non-fossil fuel sources by 2030, its economy remains highly reliant on fossil fuels.

The G20 Climate Risk Atlas represents a science-based tool that can support decision-making processes and the planning of required policies. The simple language, attractive features, and design is intended to ensure that the Atlas lends itself to easy consultation and dissemination, therefore opening the door, not only to decision-makers and stakeholders, but also to the general public, creating a participatory and iterative process which can be used to increase public awareness on climate issues. In the process of a sustainable transition, climate change must be considered the fundamental pillar of the political agenda. Only committed and timely mitigation and adaptation actions can limit the intensification of extreme events, the destruction of ecosystems, infrastructure and populations, and in the process enable people to benefit from a better and more equitable future.