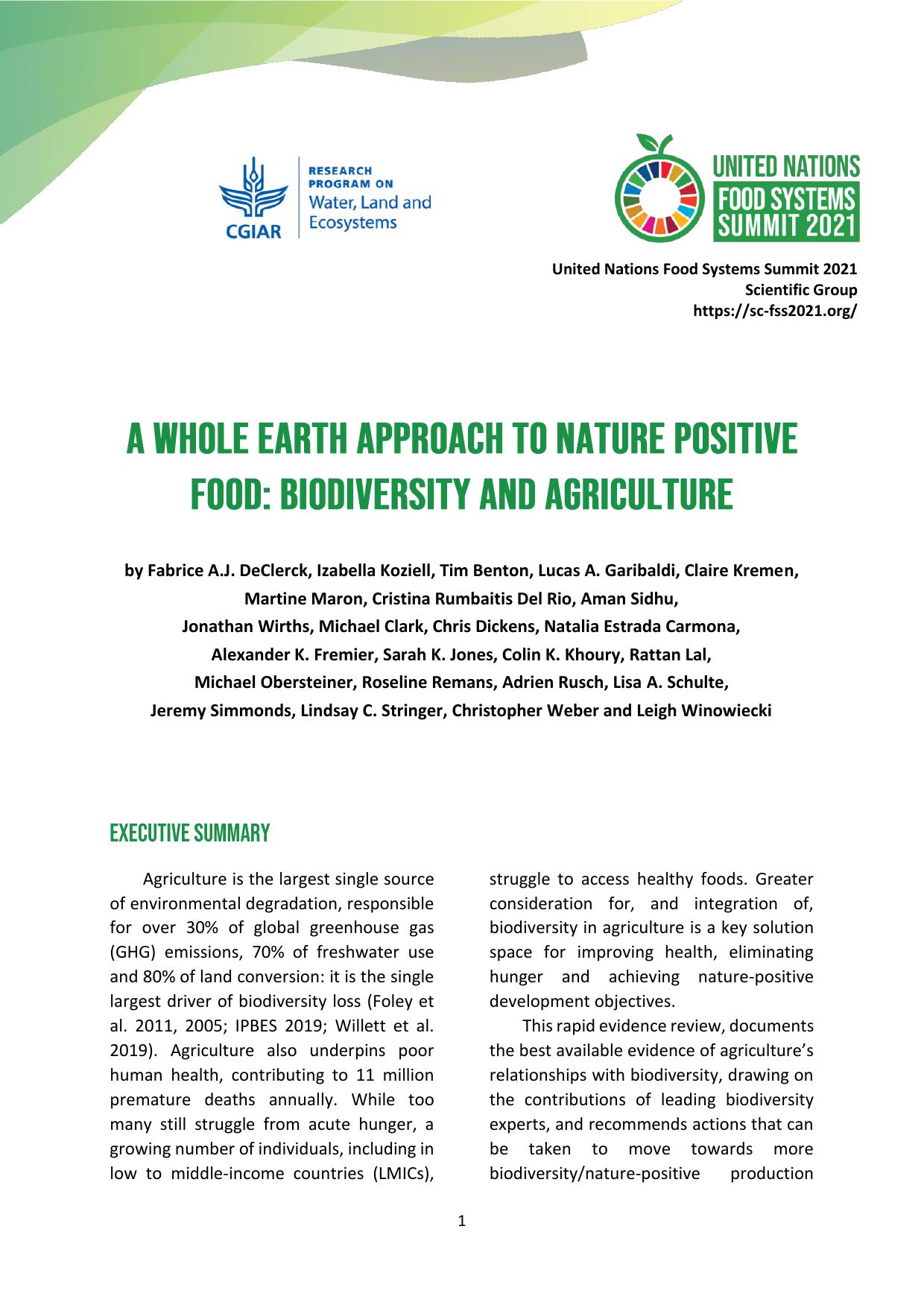 Agriculture is the largest single source of environmental degradation, responsible for over 30% of global greenhouse gas (GHG) emissions, 70% of freshwater use and 80% of land conversion: it is the single largest driver of biodiversity loss (Foley et al. 2011, 2005; IPBES 2019; Willett et al. 2019). Agriculture also underpins poor human health, contributing to 11 million premature deaths annually. While too many still struggle from acute hunger, a growing number of individuals, including in low to middle-income countries (LMICs), struggle to access healthy foods. Greater consideration for, and integration of, biodiversity in agriculture is a key solution space for improving health, eliminating hunger and achieving nature-positive development objectives. This rapid evidence review, documents the best available evidence of agriculture’s relationships with biodiversity, drawing on the contributions of leading biodiversity experts, and recommends actions that can be taken to move towards more biodiversity/nature-positive production through the delivery of integrated agricultural solutions on climate, biodiversity, nutrition and livelihoods. The analysis, which takes a whole-of-food- system approach, brings together a large body of evidence. It accounts for aspects not typically captured in a stand-alone primary piece of research and indicates where there are critical gaps