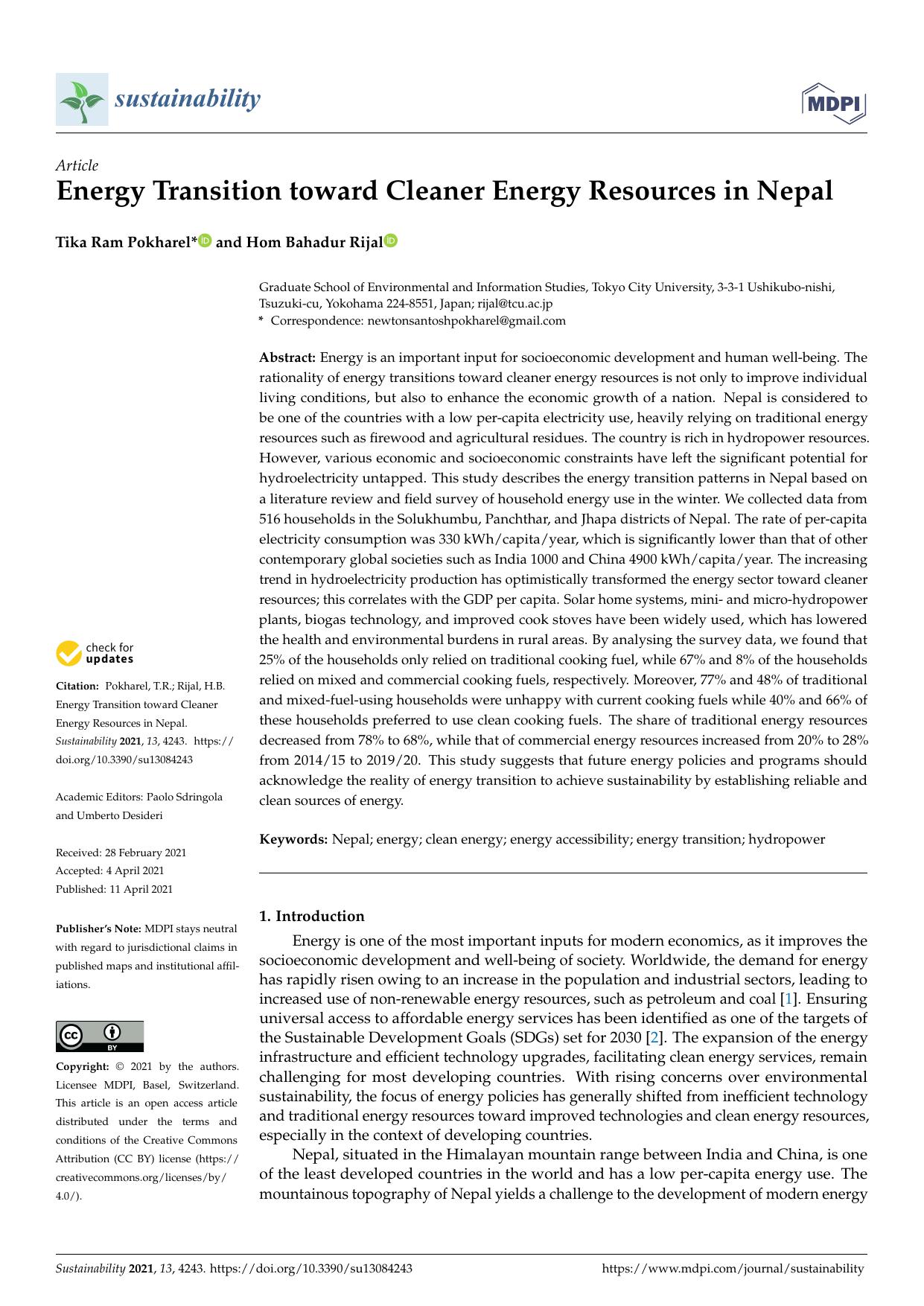 Energy is an important input for socioeconomic development and human well-being. The rationality of energy transitions toward cleaner energy resources is not only to improve individual living conditions, but also to enhance the economic growth of a nation. Nepal is considered to be one of the countries with a low per-capita electricity use, heavily relying on traditional energy resources such as firewood and agricultural residues. The country is rich in hydropower resources. However, various economic and socioeconomic constraints have left the significant potential for hydroelectricity untapped. This study describes the energy transition patterns in Nepal based on a literature review and field survey of household energy use in the winter. We collected data from 516 households in the Solukhumbu, Panchthar, and Jhapa districts of Nepal. The rate of per-capita electricity consumption was 330 kWh/capita/year, which is significantly lower than that of other contemporary global societies such as India 1000 and China 4900 kWh/capita/year. The increasing trend in hydroelectricity production has optimistically transformed the energy sector toward cleaner resources; this correlates with the GDP per capita. Solar home systems, mini- and micro-hydropower plants, biogas technology, and improved cook stoves have been widely used, which has lowered the health and environmental burdens in rural areas. By analysing the survey data, we found that 25% of the households only relied on traditional cooking fuel, while 67% and 8% of the households relied on mixed and commercial cooking fuels, respectively. Moreover, 77% and 48% of traditional and mixed-fuel-using households were unhappy with current cooking fuels while 40% and 66% of these households preferred to use clean cooking fuels. The share of traditional energy resources decreased from 78% to 68%, while that of commercial energy resources increased from 20% to 28% from 2014/15 to 2019/20. This study suggests that future energy policies and programs should acknowledge the reality of energy transition to achieve sustainability by establishing reliable and clean sources of energy. © 2021 by the authors. Licensee MDPI, Basel, Switzerland.