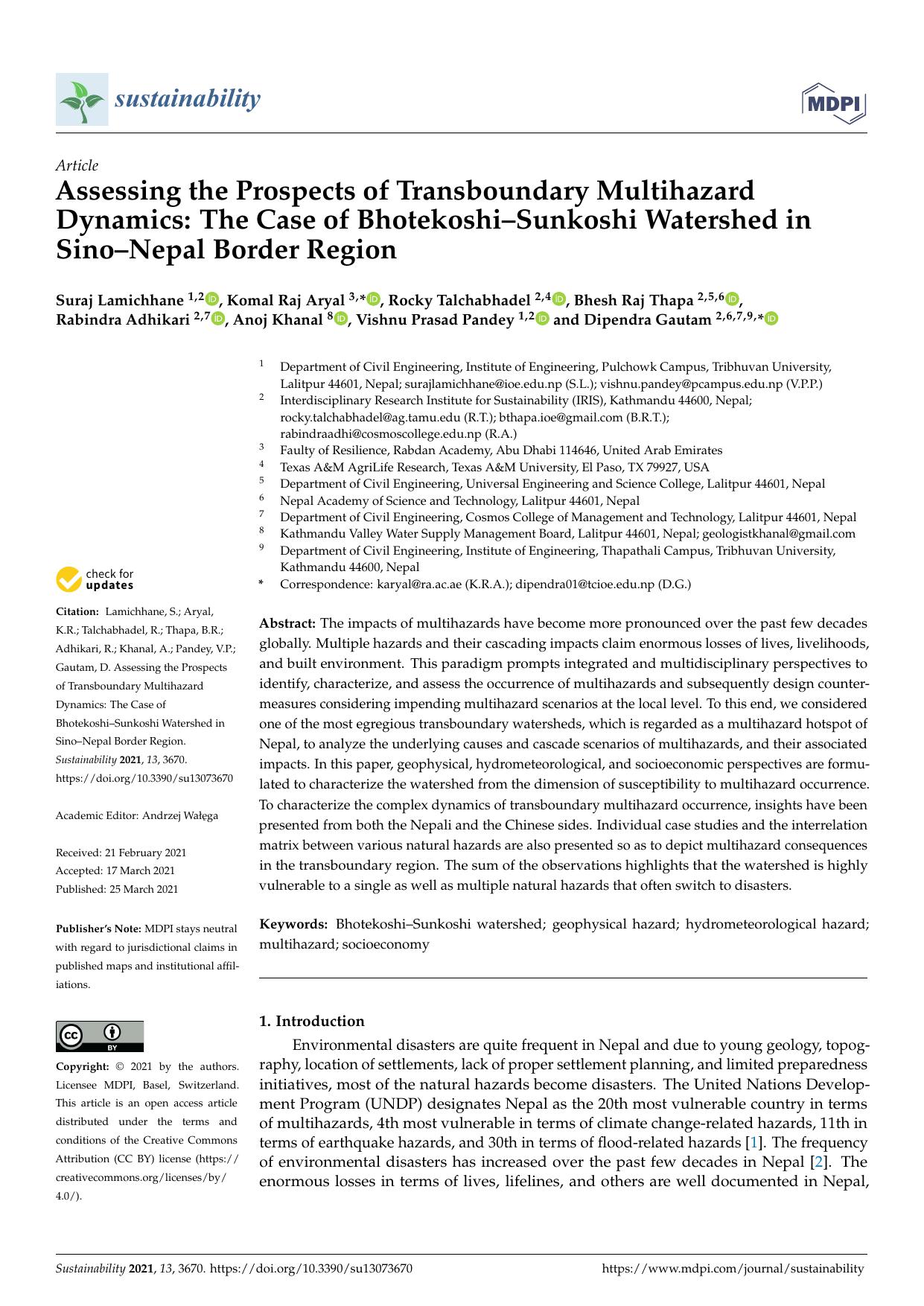 Assessing the prospects of transboundary multihazard dynamics: The case of bhotekoshi—sunkoshi watershed in sino—nepal border region

The impacts of multihazards have become more pronounced over the past few decades globally. Multiple hazards and their cascading impacts claim enormous losses of lives, livelihoods, and built environment. This paradigm prompts integrated and multidisciplinary perspectives to identify, characterize, and assess the occurrence of multihazards and subsequently design counter-measures considering impending multihazard scenarios at the local level. To this end, we considered one of the most egregious transboundary watersheds, which is regarded as a multihazard hotspot of Nepal, to analyze the underlying causes and cascade scenarios of multihazards, and their associated impacts. In this paper, geophysical, hydrometeorological, and socioeconomic perspectives are formulated to characterize the watershed from the dimension of susceptibility to multihaz-ard occurrence. To characterize the complex dynamics of transboundary multihazard occurrence, insights have been presented from both the Nepali and the Chinese sides. Individual case studies and the interrelation matrix between various natural hazards are also presented so as to depict mul-tihazard consequences in the transboundary region. The sum of the observations highlights that the watershed is highly vulnerable to a single as well as multiple natural hazards that often switch to disasters. © 2021 by the authors. Licensee MDPI, Basel, Switzerland.