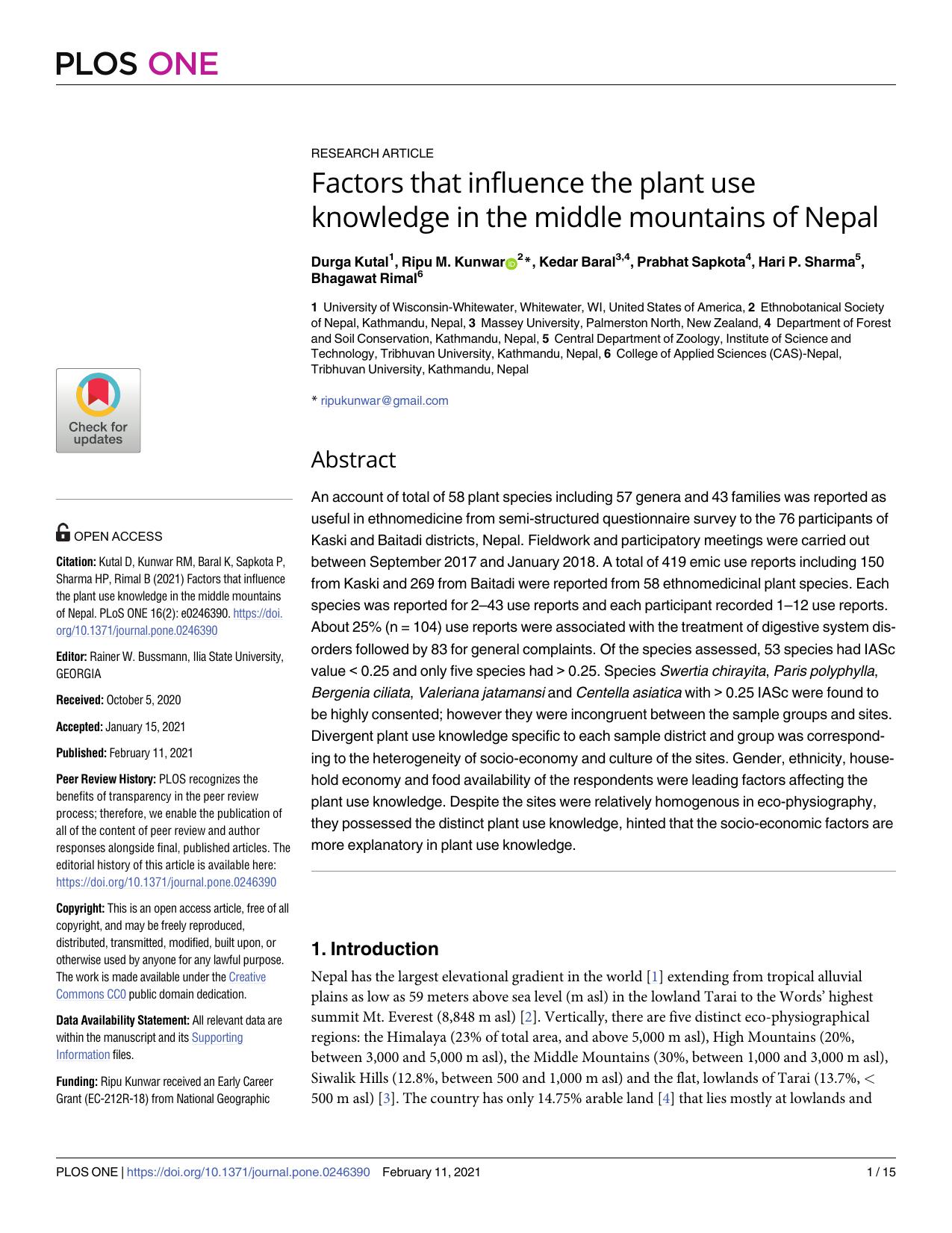 An account of total of 58 plant species including 57 genera and 43 families was reported as useful in ethnomedicine from semi-structured questionnaire survey to the 76 participants of Kaski and Baitadi districts, Nepal. Fieldwork and participatory meetings were carried out between September 2017 and January 2018. A total of 419 emic use reports including 150 from Kaski and 269 from Baitadi were reported from 58 ethnomedicinal plant species. Each species was reported for 2–43 use reports and each participant recorded 1–12 use reports. About 25% (n = 104) use reports were associated with the treatment of digestive system disorders followed by 83 for general complaints. Of the species assessed, 53 species had IASc value < 0.25 and only five species had > 0.25. Species Swertia chirayita, Paris polyphylla, Bergenia ciliata, Valeriana jatamansi and Centella asiatica with > 0.25 IASc were found to be highly consented; however they were incongruent between the sample groups and sites. Divergent plant use knowledge specific to each sample district and group was corresponding to the heterogeneity of socio-economy and culture of the sites. Gender, ethnicity, household economy and food availability of the respondents were leading factors affecting the plant use knowledge. Despite the sites were relatively homogenous in eco-physiography, they possessed the distinct plant use knowledge, hinted that the socio-economic factors are more explanatory in plant use knowledge. Copyright: This is an open access article, free of all copyright, and may be freely reproduced, distributed, transmitted, modified, built upon, or otherwise used by anyone for any lawful purpose. The work is made available under the Creative Commons CC0 public domain dedication.