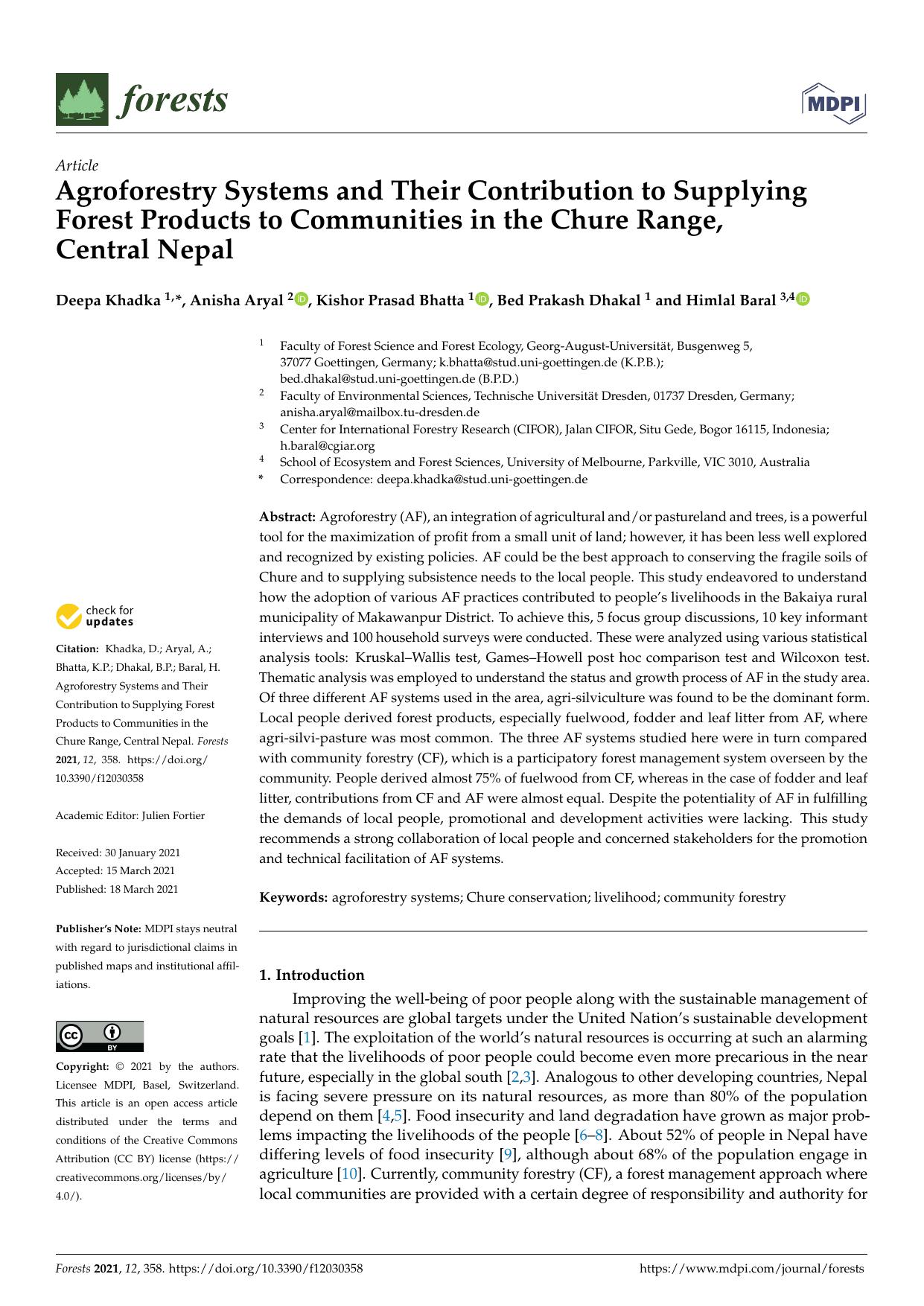 Agroforestry systems and their contribution to supplying forest products to communities in the chure range, central Nepal

Agroforestry (AF), an integration of agricultural and/or pastureland and trees, is a powerful tool for the maximization of profit from a small unit of land; however, it has been less well explored and recognized by existing policies. AF could be the best approach to conserving the fragile soils of Chure and to supplying subsistence needs to the local people. This study endeavored to understand how the adoption of various AF practices contributed to people’s livelihoods in the Bakaiya rural municipality of Makawanpur District. To achieve this, 5 focus group discussions, 10 key informant interviews and 100 household surveys were conducted. These were analyzed using various statistical analysis tools: Kruskal–Wallis test, Games–Howell post hoc comparison test and Wilcoxon test. Thematic analysis was employed to understand the status and growth process of AF in the study area. Of three different AF systems used in the area, agri-silviculture was found to be the dominant form. Local people derived forest products, especially fuelwood, fodder and leaf litter from AF, where agri-silvi-pasture was most common. The three AF systems studied here were in turn compared with community forestry (CF), which is a participatory forest management system overseen by the community. People derived almost 75% of fuelwood from CF, whereas in the case of fodder and leaf litter, contributions from CF and AF were almost equal. Despite the potentiality of AF in fulfilling the demands of local people, promotional and development activities were lacking. This study recommends a strong collaboration of local people and concerned stakeholders for the promotion and technical facilitation of AF systems. © 2021 by the authors. Licensee MDPI, Basel, Switzerland.