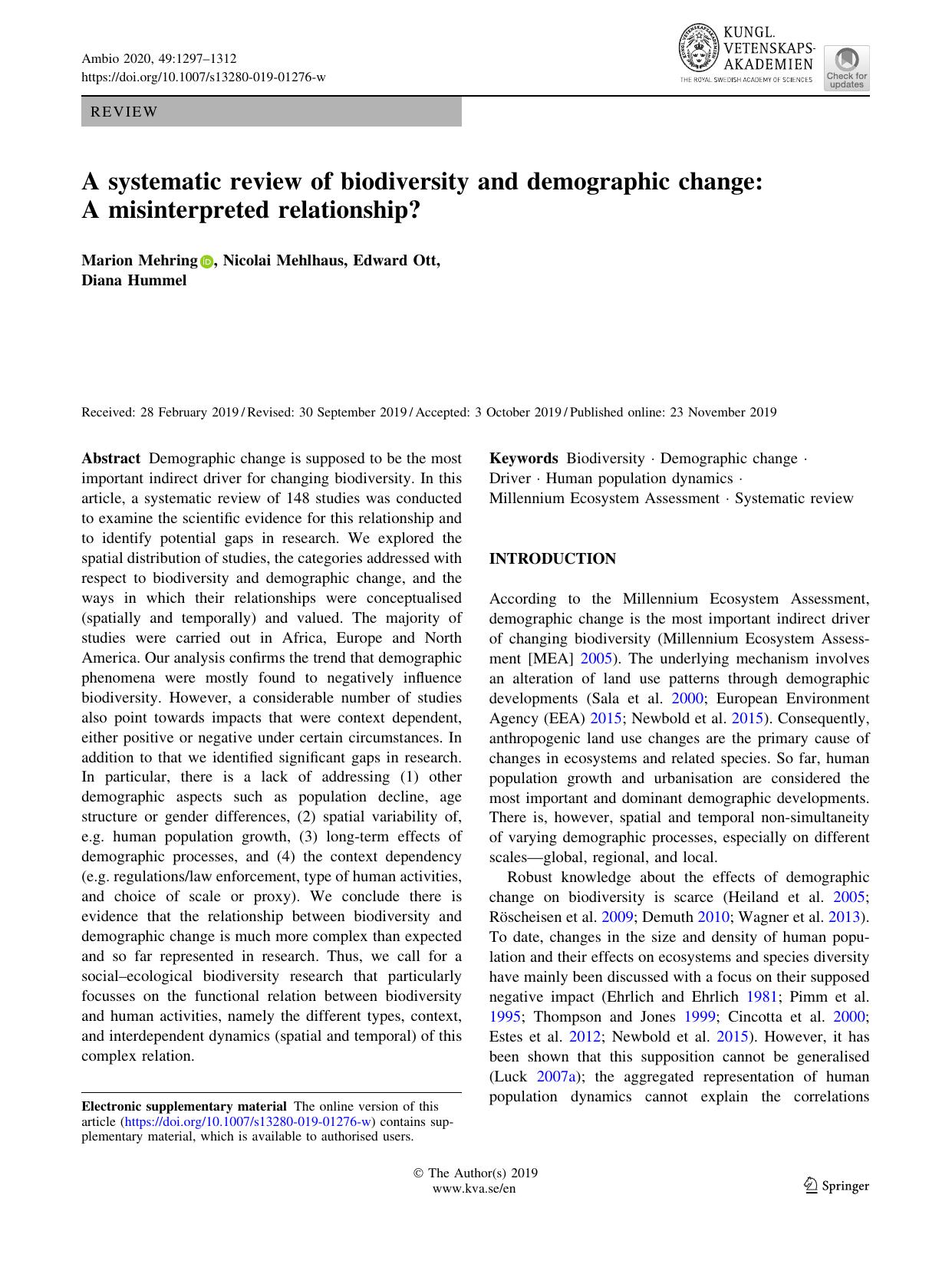 A systematic review of biodiversity and demographic change: A misinterpreted relationship?

Demographic change is supposed to be the most important indirect driver for changing biodiversity. In this article, a systematic review of 148 studies was conducted to examine the scientific evidence for this relationship and to identify potential gaps in research. We explored the spatial distribution of studies, the categories addressed with respect to biodiversity and demographic change, and the ways in which their relationships were conceptualised (spatially and temporally) and valued. The majority of studies were carried out in Africa, Europe and North America. Our analysis confirms the trend that demographic phenomena were mostly found to negatively influence biodiversity. However, a considerable number of studies also point towards impacts that were context dependent, either positive or negative under certain circumstances. In addition to that we identified significant gaps in research. In particular, there is a lack of addressing (1) other demographic aspects such as population decline, age structure or gender differences, (2) spatial variability of, e.g. human population growth, (3) long-term effects of demographic processes, and (4) the context dependency (e.g. regulations/law enforcement, type of human activities, and choice of scale or proxy). We conclude there is evidence that the relationship between biodiversity and demographic change is much more complex than expected and so far represented in research. Thus, we call for a social–ecological biodiversity research that particularly focusses on the functional relation between biodiversity and human activities, namely the different types, context, and interdependent dynamics (spatial and temporal) of this complex relation