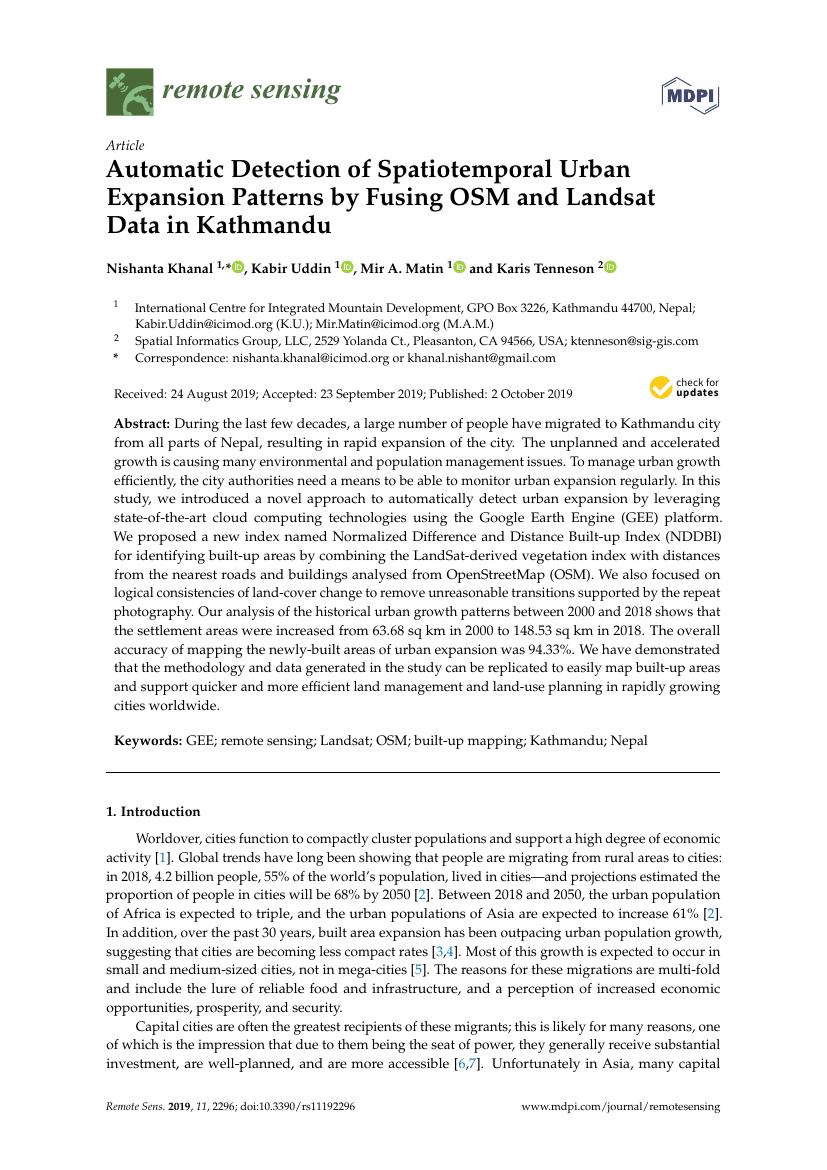 During the last few decades, a large number of people have migrated to Kathmandu city from all parts of Nepal, resulting in rapid expansion of the city. The unplanned and accelerated growth is causing many environmental and population management issues. To manage urban growth efficiently, the city authorities need a means to be able to monitor urban expansion regularly. In this study, we introduced a novel approach to automatically detect urban expansion by leveraging state-of-the-art cloud computing technologies using the Google Earth Engine (GEE) platform. We proposed a new index named Normalized Difference and Distance Built-up Index (NDDBI) for identifying built-up areas by combining the LandSat-derived vegetation index with distances from the nearest roads and buildings analysed from OpenStreetMap (OSM). We also focused on logical consistencies of land-cover change to remove unreasonable transitions supported by the repeat photography. Our analysis of the historical urban growth patterns between 2000 and 2018 shows that the settlement areas were increased from 63.68 sq km in 2000 to 148.53 sq km in 2018. The overall accuracy of mapping the newly-built areas of urban expansion was 94.33%. We have demonstrated that the methodology and data generated in the study can be replicated to easily map built-up areas and support quicker and more efficient land management and land-use planning in rapidly growing cities worldwide.