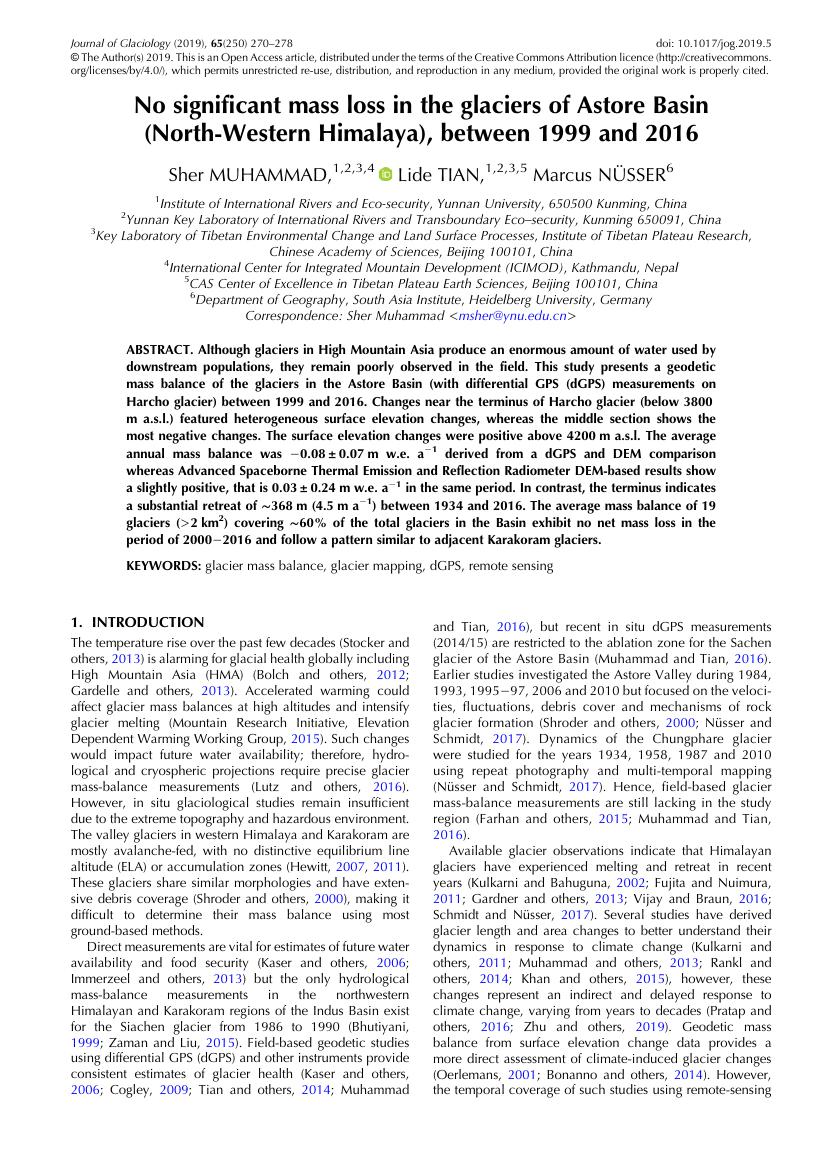 No Significant Mass Loss in the Glaciers of Astore Basin (North-Western Himalaya), between 1999 and 2016

Although glaciers in High Mountain Asia produce an enormous amount of water used by downstream populations, they remain poorly observed in the field. This study presents a geodetic mass balance of the glaciers in the Astore Basin (with differential GPS (dGPS) measurements on Harcho glacier) between 1999 and 2016. Changes near the terminus of Harcho glacier (below 3800 m a.s.l.) featured heterogeneous surface elevation changes, whereas the middle section shows the most negative changes. The surface elevation changes were positive above 4200 m a.s.l. The average annual mass balance was −0.08 ± 0.07 m w.e. a−1 derived from a dGPS and DEM comparison whereas Advanced Spaceborne Thermal Emission and Reflection Radiometer DEM-based results show a slightly positive, that is 0.03 ± 0.24 m w.e. a−1 in the same period. In contrast, the terminus indicates a substantial retreat of ~368 m (4.5 m a−1) between 1934 and 2016. The average mass balance of 19 glaciers (>2 km2) covering ~60% of the total glaciers in the Basin exhibit no net mass loss in the period of 2000−2016 and follow a pattern similar to adjacent Karakoram glaciers.
1,760 Views
38 Downloads