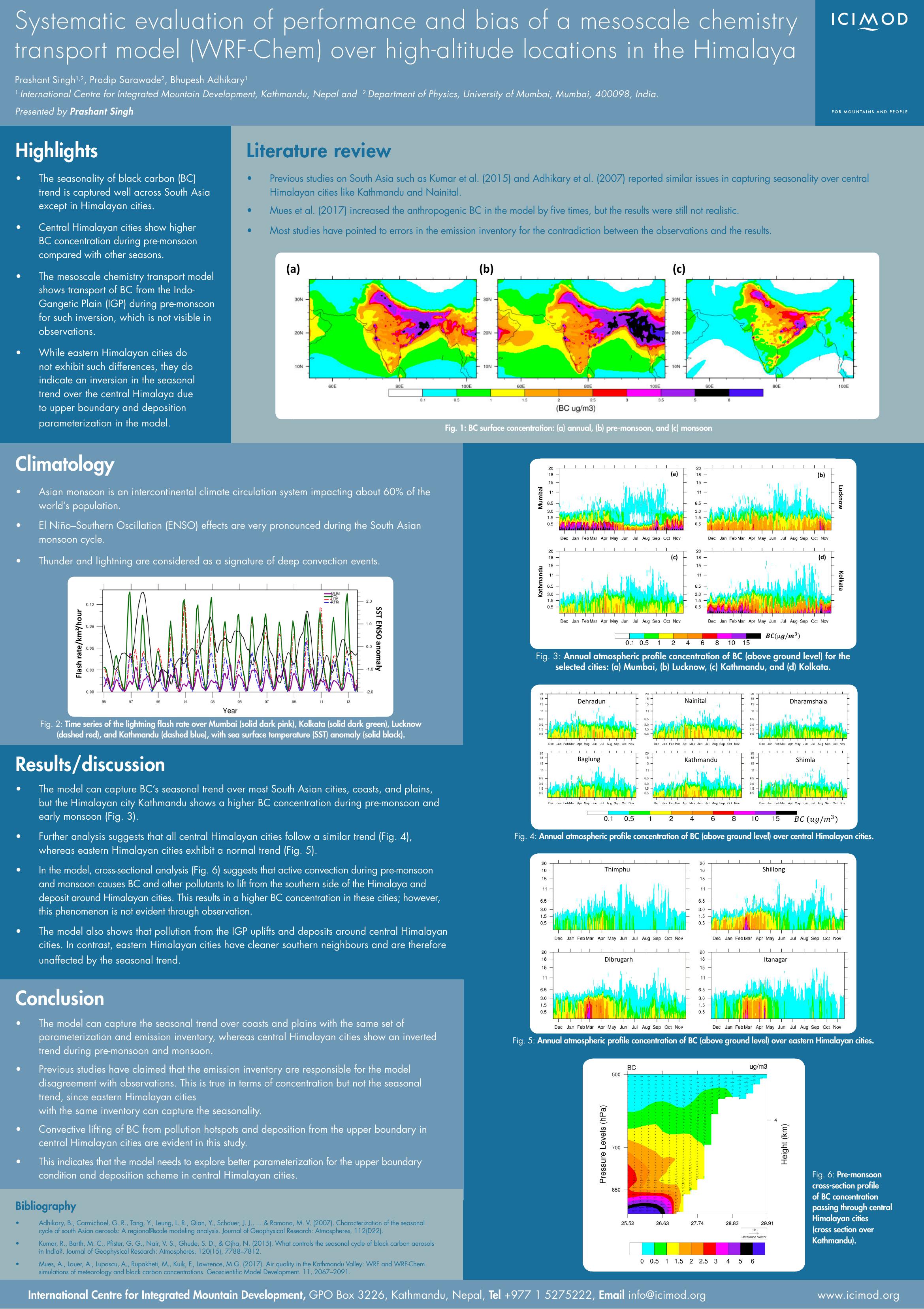 Highlights • The seasonality of black carbon (BC) trend is captured well across South Asia except in Himalayan cities. • Central Himalayan cities show higher BC concentration during pre-monsoon compared with other seasons. • The mesoscale chemistry transport model shows transport of BC from the Indo-Gangetic Plain (IGP) during pre-monsoon for such inversion, which is not visible in observations. • While eastern Himalayan cities do not exhibit such differences, they do indicate an inversion in the seasonal trend over the central Himalaya due to upper boundary and deposition parameterization in the model.