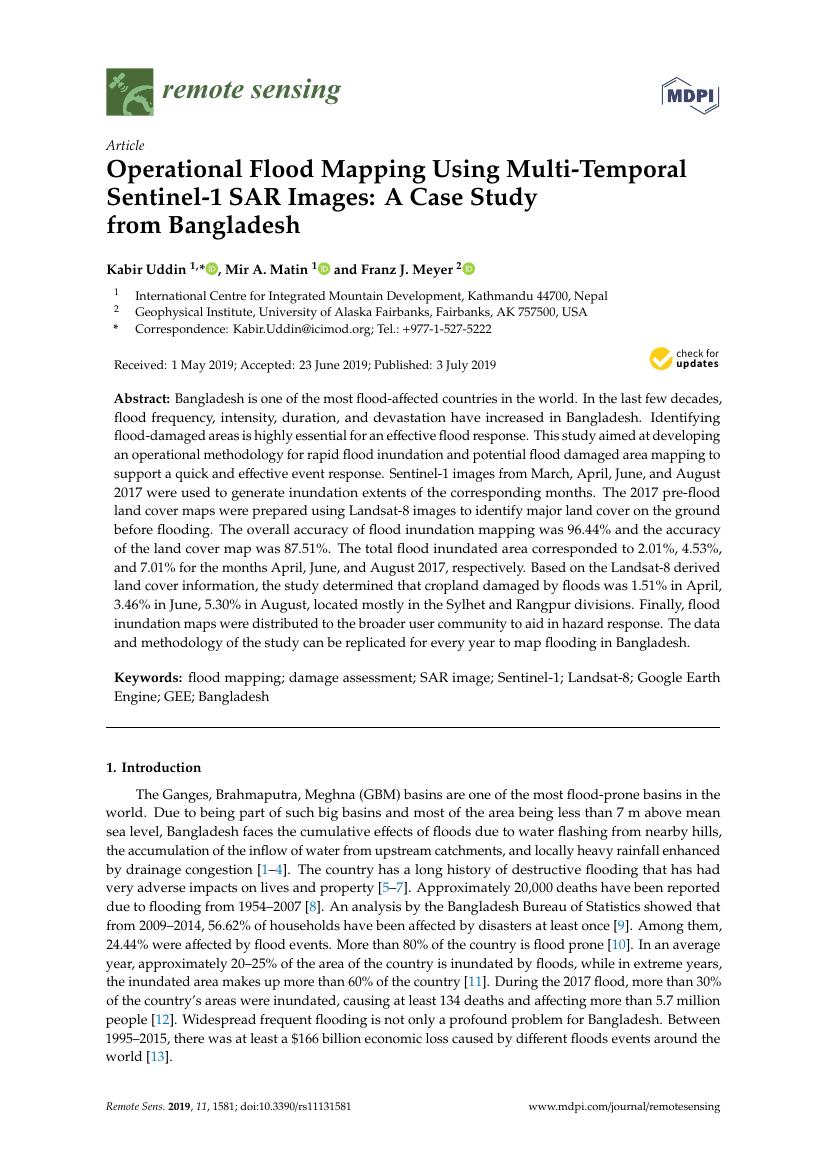 Bangladesh is one of the most flood-affected countries in the world. In the last few decades, flood frequency, intensity, duration, and devastation have increased in Bangladesh. Identifying flood-damaged areas is highly essential for an effective flood response. This study aimed at developing an operational methodology for rapid flood inundation and potential flood damaged area mapping to support a quick and effective event response. Sentinel-1 images from March, April, June, and August 2017 were used to generate inundation extents of the corresponding months. The 2017 pre-flood land cover maps were prepared using Landsat-8 images to identify major land cover on the ground before flooding. The overall accuracy of flood inundation mapping was 96.44% and the accuracy of the land cover map was 87.51%. The total flood inundated area corresponded to 2.01%, 4.53%, and 7.01% for the months April, June, and August 2017, respectively. Based on the Landsat-8 derived land cover information, the study determined that cropland damaged by floods was 1.51% in April, 3.46% in June, 5.30% in August, located mostly in the Sylhet and Rangpur divisions. Finally, flood inundation maps were distributed to the broader user community to aid in hazard response. The data and methodology of the study can be replicated for every year to map flooding in Bangladesh.