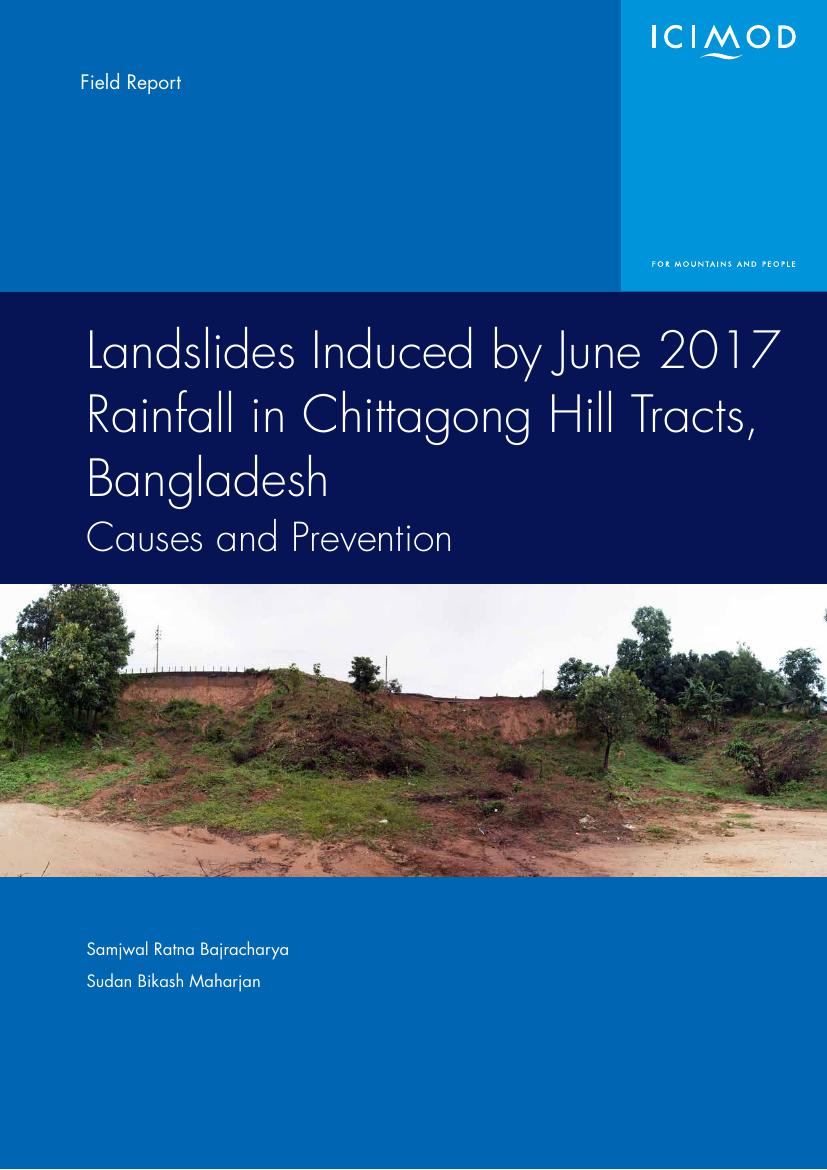 Three days of unprecedented and uninterrupted rainfall on 11, 12, and 13 June 2017 triggered hundreds of landslides that damaged roads and settlements in the Rangamati, Bandarban, and Khagrachari hill districts of CHT, Bangladesh. Most of the landslides occurred at the gully head of the catchment and on steeper slope (overhanged) landforms. Landslides on the mountain slopes are common but hundreds of landslides damaging the roads and settlements with many casualties made the event a disaster. The disaster claimed 170 lives in the districts of Bandarban, Khagrachari, Chittagong, and Cox’s Bazar, including 121 lives in Rangamati hill district alone, while leaving 227 injured. In addition, the landslides that caused heavy property loss and damage include thousands of acres of orchards, agricultural lands, crops, and homesteads. Indicators show that Rangamati town area suffered the worst losses. As per information collected by the local administration, around 15,000 families including 12,450 families in Rangamati District alone have suffered losses in Rangamati sadar, Kaukhali, Kaptai, Jurachari, Bilaichari, Rajsthali, and Naniarchar upazilas. Landslides and damages are listed below (source: CHT):

During the field work in Rangamati from 7 to 10 August 2017, 31 selected landslides were studied in detail. Causes and mechanisms of failure were identified and protection measures to stabilize the landslides were suggested.