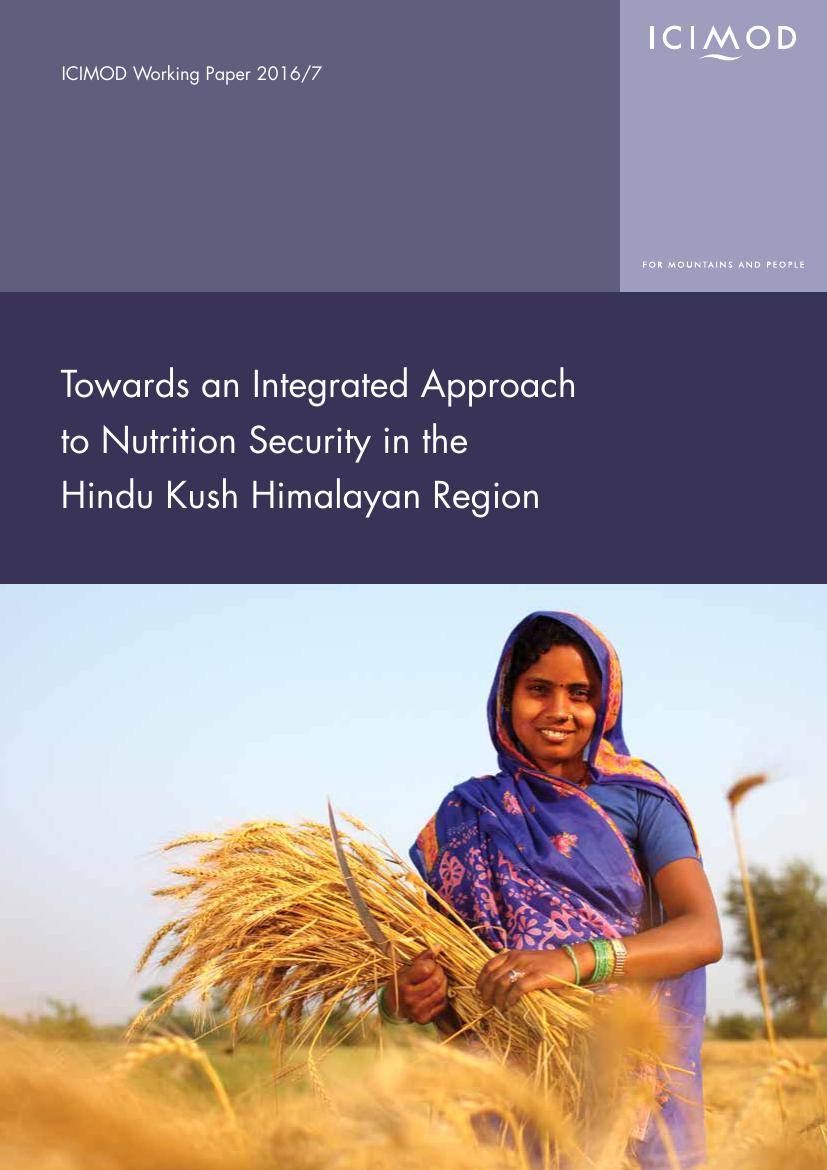 Towards an Integrated Approach to Nutrition Security in the Hindu Kush Himalayan Region; ICIMOD Working Paper 2016/7

The study found that the prevalence of stunting, wasting, and underweight in children under five in some mountain areas such as Meghalaya in India, the western mountains and far-western hills of Nepal, Balochistan province in Pakistan, the eastern region of Afghanistan, and Chin state in Myanmar, is very high compared to the national average in the respective countries. Children and women are affected most. Poor nutrition leaves children underweight, weakened, and susceptible to infection, and ultimately stunted and deprived of cognitive and learning capacity. Any intervention should have a special focus on the first 1,000 days of a child’s life, at the peak of their vulnerability. Women play a significant role in the nutritional outcome of their children and other household members and should be empowered to make favourable decisions that help improve the nutritional status of the family.

There are several causes of undernutrition and malnutrition in the HKH region and an integrated approach is needed to tackle the issues. Malnutrition is a multidimensional problem that demands a multisectoral approach, but nutrition interventions often work in isolation and fail to include the agricultural, social, cultural, economic, and public health dimensions. Policies should recognize that nutrition issues are cross-cutting; nutrition needs to be integrated into all development processes and targeted nutrition programmes should be combined with poverty alleviation programmes. The study proposes an integrated framework to improve nutrition in the HKH region effectively. The key elements are as follows; it is hoped that they will stimulate discussion on future action.