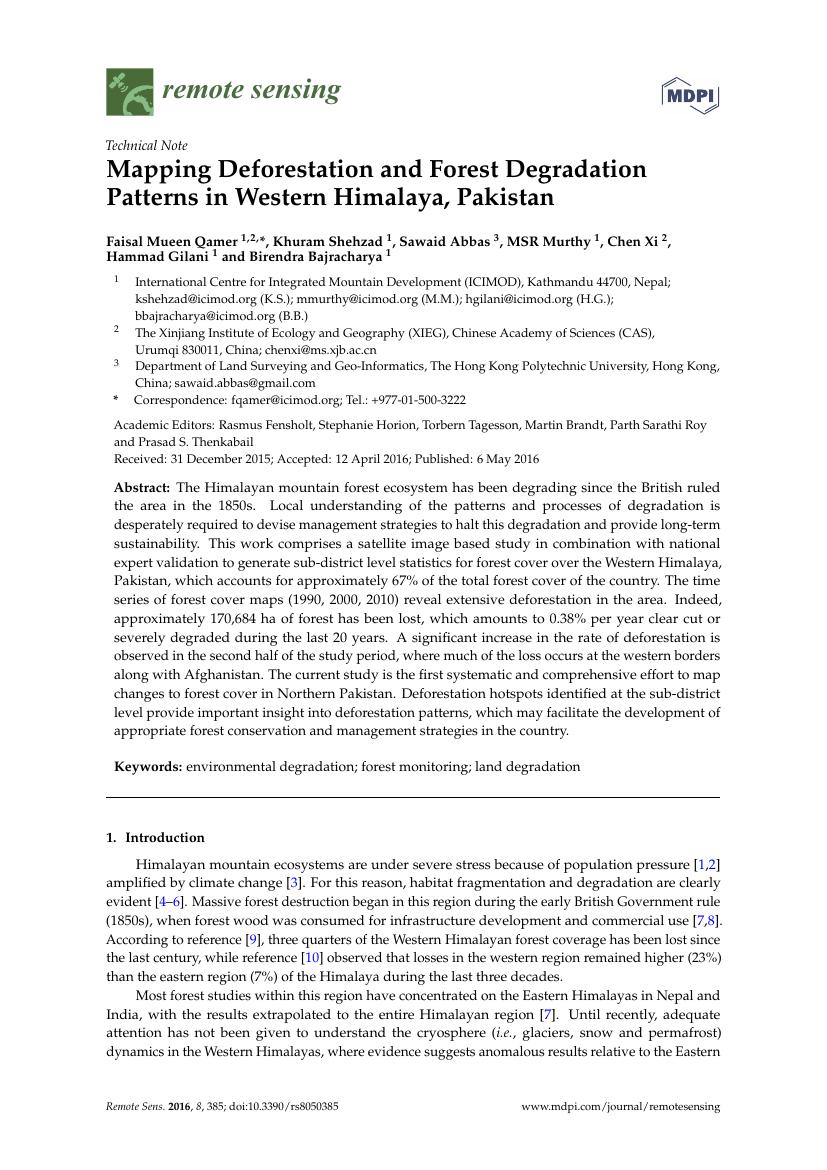 The Himalayan mountain forest ecosystem has been degrading since the British ruled the area in the 1850s. Local understanding of the patterns and processes of degradation is desperately required to devise management strategies to halt this degradation and provide long-term sustainability. This work comprises a satellite image based study in combination with national expert validation to generate sub-district level statistics for forest cover over the Western Himalaya, Pakistan, which accounts for approximately 67% of the total forest cover of the country. The time series of forest cover maps (1990, 2000, 2010) reveal extensive deforestation in the area. Indeed, approximately 170,684 ha of forest has been lost, which amounts to 0.38% per year clear cut or severely degraded during the last 20 years. A significant increase in the rate of deforestation is observed in the second half of the study period, where much of the loss occurs at the western borders along with Afghanistan. The current study is the first systematic and comprehensive effort to map changes to forest cover in Northern Pakistan. Deforestation hotspots identified at the sub-district level provide important insight into deforestation patterns, which may facilitate the development of appropriate forest conservation and management strategies in the country.